Your child's ADHD may actually be a sleep disorder

We sleep less and diagnose hyperactivity more. Is tiredness really what's behind the billion-dollar ADHD industry? 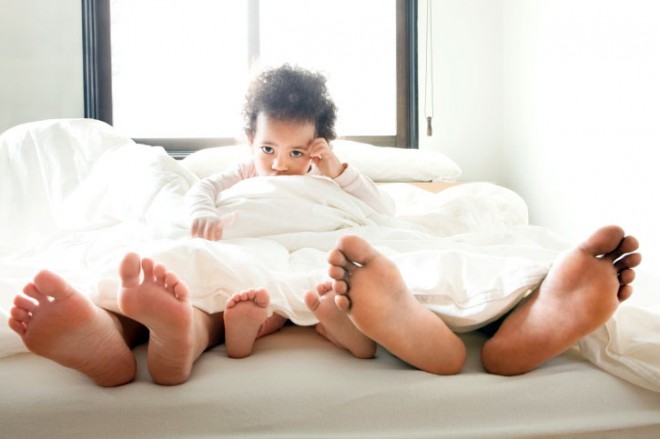 A new theory suggests ADHD symptoms in some children may actually be related to bad sleeping habits (Photo by Getty Images).

Never underestimate the power of rest, or the detrimental effect a lack of it may have on your ability to function normally. That’s the message I took away from a recent op-ed piece in The New York Times that looked at the phenomenon of ADHD (attention deficit hyperactivity disorder) and asked the provocative question: what if many ADHD cases are “are really sleep disorders in disguise?”

It’s a question that many adults, pediatricians and family doctors may want to consider as more children are being diagnosed with the condition — an estimated five to 12 percent of school-age children are labeled with the affliction in Canada — and as a result are being given powerful medications.

In the course of his practice Dr. Vatsal Thakkar has seen patients who display many of the symptoms associated with ADHD — inability to focus or concentrate, forgetfulness and procrastination for example.

He admits that often those people do indeed have ADHD. But in some cases he’s found that these symptoms were the result of a sleep deficit and not ADHD.

Thakkar makes an interesting connection between the rise in the condition and a distinct change in how we live our lives now. “We all get less sleep than we used to,” he writes. That’s down to our uber-connected 24-hour wireless culture and increasingly jam-packed schedules, he argues.

Kids are naturally along for the 24-7 ride that we’ve consented to take. On average, he says, research suggests kids are sleeping a full hour less than they were 100 years ago. That may not sound like a huge deficit — personally, I think it’s a modest estimate, I have seen kids as young as five up till midnight as firm bedtimes have all but disappeared — but as he points out, sleep is of primary importance to children, more so than adults.

“Sleep is even more crucial for children, who need delta sleep — the deep, rejuvenating, slow-wave kind — for proper growth and development,” he writes.

He also suggests that aside from the effects of sleep deficit, some kids may be suffering from sleep dysfunctions such as apnea that negatively affect their function during waking hours.

For adults, the thesis is a provocative one and one that suggests we may know less about ADHD than we thought. More important, though, it asks us to reflect on how our changing lifestyles may be altering our behaviours and affecting kids’ development.

Not getting enough sleep? Might be time to change that.

Tell us, how many hours a night do your children sleep and are you strict with their bedtime?