Why are some people never able to arrive on time? Tips for the always late and survival tips for their always punctual friends. 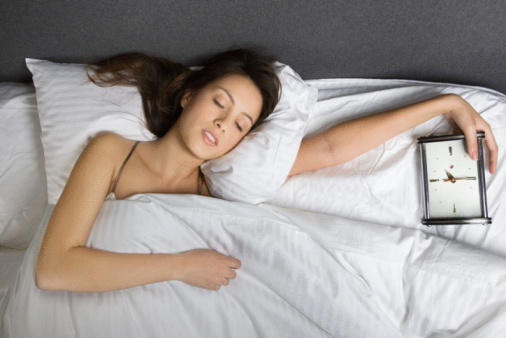 My son and I are in Vancouver, at a lovely hotel just a short walk from the ferry to Granville Island. And we’re waiting. Tony, my good friend of some 30 years, is late picking us up to attend his son Phil’s wedding. Tony was supposed to arrive at five o’clock. I check my watch again. Yeah, it’s 5:45, just five minutes later than the last time I checked. My son, Matthew, asks, “Should we call him?” I tell him I don’t think there’s any point. Matthew goes outside to stare down the road, hoping Tony’s car will magically appear. At last, my phone rings: “I’ll be there in 10 minutes.” Twenty minutes later, he arrives. The groom calls repeatedly as we hurtle down the road toward the wedding site. “We’re almost there,” Tony tells him. I shouldn’t have been surprised. “Tony time” is a family joke at our house. Tony and I have been friends since we met at a church event decades ago, and he’s always, always late.

So is 41-year-old Katrina Mifsud. “As a child I had to run for the school bus every morning, and I often missed it,” says the married mother of two and airline customer-service agent, who lives in Campbell River, B.C. “I was late virtually every day of college, and it was the same for my job. I promise myself every day that tomorrow will be different, but it never is.” If you’re not one of the chronically late, you probably have a friend or co-worker who is, and it probably drives you crazy. In a world where being on time matters, why do some people find punctuality almost impossible to achieve?

“Lateness is a surprisingly difficult thing to overcome,” explains Diana DeLonzor, author of Never Be Late Again: 7 Cures for the Punctually Challenged. “Most of the chronically late have been late all of their lives. They’ve lost jobs and friends and yet they can’t seem to change.” DeLonzor has uncovered seven types of late people, including the Deadliner, who “enjoys the rush of the last minute and the race to the finish line,” and the Producer, who “packs her days to the brim with activities . . . consistently underestimating the amount of time the tasks will take.” Tony, I think, falls into this category.

Michelle Ranson, a psychologist in private practice in Calgary, attributes some cases of chronic lateness to attention-deficit disorder. She says people with ADD are more likely to be late not only because they are easily distracted by things in their environment, but also because “they find it easier to get focused under stress and pressure. They find it very hard to get themselves organized until they are up against that deadline.”

Of course, lateness isn’t always a sign of a psychological condition. “For some people, it’s situational — they don’t have reliable transportation, they have other things going on in their lives — and that’s why they’re late,” says Derek Chapman, a professor of industrial and organizational psychology at the University of Calgary.

He thinks the reason for lateness is usually simple. “People don’t feel strongly enough to get to certain places on time,” says Chapman. “If they were truly motivated, they’d get there.” He says research shows that when employers require people to punch in at a time clock and enforce strict penalties for lateness, fewer employees are late. In a lenient work environment, more people will wander in after the official starting time.

Where you live matters, too. “There are definitely cultural differences about what it means to be on time,” Ranson says. “It’s only in places like North America and parts of Europe that being punctual is seen as the norm. In other places, things start when everyone gets there.”

These explanations are little comfort to those of us who (like me) tend to take lateness personally. Waiting 20 minutes for my lunch date to show up makes me feel insulted. I can’t help but wonder if the other person is trying to tell me that he or she is busier than I am, doing more important things. And the truth is that sometimes it is personal, says Ranson. “When someone is angry with you, being late can be a passive-aggressive response,” she says. “The lateness is intended to frustrate the other person, as a way of inflicting punishment or wrestling back control without acknowledging anger.”

Some people, Ranson adds, are late because they have a strong sense of entitlement. “It’s a lack of regard for the needs, rights and expectations of others,” she says. “They feel they can do things on their own time, and they really don’t care that they’re late and you’ve been waiting.”

That’s the dark side of the chronically late, but DeLonzor sees those people as the minority. “For most, it’s a pattern that’s been present since childhood, and that’s hard to change even when you really want to,” she says. Mifsud, the customer-service representative from B.C., agrees: “I’ve tried!” She says she’ll make to-do lists to help her focus on getting out the door on time, “but I usually either forget that I have the list or can’t find it. I tried setting my clocks ahead, but I know that they are 10 minutes early so it doesn’t help.” For Mifsud, being late feels like a frustrating situation that she can’t seem to fix. “As I’m driving late to an appointment, I’m feeling very anxious and worried about how the other person might feel who’s waiting for me. It baffles me. I know what I need to do to change, but for some reason, it just never happens.” Her husband, Darren, has told her he doesn’t understand why she tries to fit all these things in when they’re trying to leave. None of them are as important as not keeping a person waiting, he says, and he finds her lateness rude. His comments hurt, but they haven’t been able to get Mifsud out the door on time.

Changing your patterns can be done, DeLonzor says, but it will take effort: relearning how you think about time, establishing a daily plan, preparing well in advance and making deliberate changes. For the more punctual, she counsels patience. “We all will have some chronically late people in our lives. Do the qualities that make this person a good friend or a good employee outweigh this issue? Remember, you probably have some irritating quirks, too,” DeLonzor says. As for me and Tony — well, let’s just say the wedding didn’t start until after we got there. It might not have been the exact time printed on the invitations, but in the end, nobody really minded. I’ve learned to plan around Tony’s continuing lateness, and — like the rest of his friends — I know his company is worth waiting for. Of course, I always bring a book when we’re planning to meet somewhere. Sometimes two.

Tips for the punctual friend:

Air your feelings Let your friend know that it bothers you to be waiting, says Ranson. “Getting angry doesn’t help, but do let her know that this is frustrating for you.”

Create an extra incentive DeLonzor also advises building in a friendly little consequence. “If you’re meeting for lunch, suggest that if she’s more than 15 minutes late, she’ll buy dessert for both of you.”

Tell a white lie The old classic still works, says DeLonzor. “Lie about the time you’re supposed to meet. Tell them it’s 6:30 p.m. and then you show up at 7.”

Tips for the chronically late:

Do a reality check Write down how long you estimate it takes to do the various parts of your morning routine (or your getting-ready-to-go-out routine), then time yourself to see how long it really takes. “In my case, I thought it took me 20 minutes to get ready,” says Diana DeLonzor, author of Never Be Late Again.“In fact, it took me 45 minutes. No wonder I was late so often!”

Prepare to be early Don’t aim to get there on time — aim to be early. “The chronically late tend to aim for 9 p.m. exactly,” says DeLonzor. “Of course they never make it then. I advise them to plan to be there at 8:45, and bring a book or a file or an iPhone and make use of those extra minutes.”

Review your routines Try to find the point where you typically get behind, advises Calgary psychologist Michelle Ranson. “Do you decide to check your email before you go and end up spending half an hour reading messages, for example? Make a no-email-before-you-go-out rule.”