New evidence for why you should never hit snooze

How hitting the snooze button is doing more harm than good. 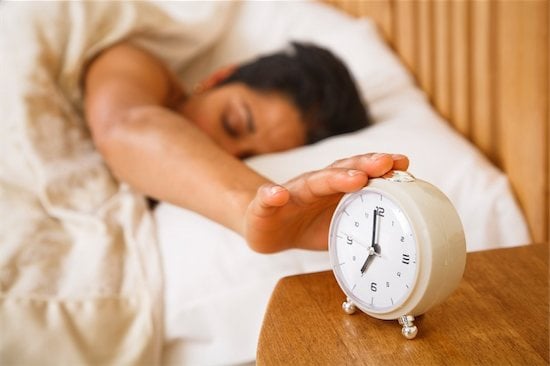 Feel better all day long by not hitting snooze in the morning (Photo Masterfile).

The alarm clock is a modern necessity. Without it we don’t get up for work in time, and lateness leads to day-long chaos. But the device’s seemingly handy “snooze” feature — often employed by we overworked and under-rested — may be one of the reasons most of us stumble around feeling half asleep until noon.

An article in The New Yorker by writer Maria Konnikova reveals that, while tempting, pressing snooze does more damage than good. Rather than steal a few more minutes of restorative sleep when you snooze what you’re really doing is “making the wake-up process more difficult and drawn out,” she writes.

That’s because you’re likely to fall asleep again, which puts your brain “back into the beginning of the sleep cycle, which is the worst point to be woken up — and the harder we feel it is for us to wake up, the worse we think we’ve slept,” explains Konnikova.

That habit also contributes to the conscious misery known as “sleep inertia”, which is neither a wakeful- nor sleep-state but some groggy mix of both. This feeling can last up to two hours after we get out of bed when we wake up too early and too abruptly.

The problem with our modern approach to sleep and waking is that it discounts two significant factors: the amount of external light outside (it’s harder to wake up when it’s dark) and our circadian rhythm (when our body naturally wakes up and when it naturally goes to sleep).

To solve our sleep woes Konnikova proposes that people attempt to sync their sleep with natural light patterns more closely — basically wake up when it’s light and sleep when it’s dark.

It’s advice that may be hard to implement, especially for those of us that have to wake in the dark to get to work on time. But if you can’t explain the necessity of a later start time to your boss, then try and ensure that on the weekends you turn off your alarm clock and let your internal clock work its magic.

Do you hit snooze in the morning? Tell us how many times in the comment section below.