How to boost resilience

Some days even the smallest challenge can feel insurmountable. Now psychologists are saying our best defence against stress and burnout is our ability stay strong and carry on. 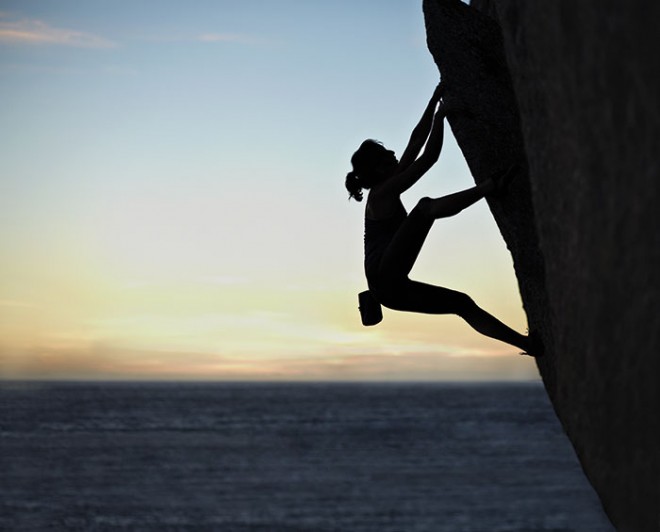 Who hasn’t looked at another woman and thought, “I don’t know how she does it”? Rosa Brooks, a law professor at Georgetown University in Washington, D.C., and former counsellor to the U.S. undersecretary of defence for policy, was that kind of woman. The kind who hosted mother-daughter book clubs, volunteered at her kids’ school and sent them off in the mornings with homemade organic lunches packed in reusable containers. She caught up on phone calls during her commute and conducted interviews via Skype while overseeing her kids’ math homework in the evenings. By adopting the “lean in” philosophy espoused by Facebook COO Sheryl Sandberg and the idea that women need to take more risks and work harder to pursue their goals in the workforce, Brooks says, she boosted both her business and her image.

And yet, she was miserable. “I never saw my friends because I was too busy building my network,” she wrote in an online op-ed for Foreign Policy magazine. “I was too tired to do any creative, outside-the-box thinking. I wondered if I should move to Santa Fe and open a small gallery specializing in handicrafts made from recycled tires. I wondered if my husband and kids would want to go with me.” Total burnout is the downfall of the have-it-all mentality. But there is an answer.

Resilience is the latest buzzword in the psychology world and is being positioned as the one quality you need to survive all of modern life’s ups and downs. “Resilience is about the deep knowing that one has the resources to handle the uncertainties that come with life,” says Dr. Eva Selhub, a resilience expert and clinical instructor of medicine at the Harvard Medical School. She says some people are naturally more resilient than others and better able to handle the pressures of the 21st century, but resilience is also something that can be learned.

The first step is recognizing that the have-it-all generation has it all wrong: “This idea that you have to have everything is almost impossible to attain — and it’s going to make you feel that whatever you do, it’s not going to be enough,” Selhub says.

Because modern stresses have multiplied in recent years to include waning job security and economic and environmental instability, building resilience is more important than ever. “Resilience isn’t about making your situation better, necessarily; it’s about being strong enough to handle the negative things,” Selhub says. “It’s about being strong every day.” By committing yourself to shoring up physical, mental and emotional resilience, you’ll be better able to face any challenge, big or small, that comes your way.

Take care of yourself first

The reality is that women still face extra pressure to maintain a career, a family and a social life and can fall prey to a negative inner dialogue when they can’t keep it all up. Patricia O’Gorman, a psychologist and author of The Resilient Woman: Mastering the 7 Steps to Personal Power, calls this dialogue “girly thoughts,” or gender-biased societal messages that dictate how women should look (young, thin) and act (smart, yet still sexy). She says these messages are like kryptonite for women.

Moreover, because women so often focus on others before themselves, it’s easy for their own needs to be pushed aside to the point of detriment. “Women have a tendency to silence themselves,” O’Gorman says. “We’re seeing greater occurrences of alcoholism and prescription drug addiction, unhealthy eating habits and depression as a result.” S

he stresses the importance of listening to your own needs: “It’s like when you’re on an airplane and they say put on your own mask before helping someone else. If you don’t take care of yourself, you can’t do things for others.”

Change your outlook, change the outcome

Although researchers haven’t yet definitively established a connection between emotional and mental positivity and physical well-being, studies do show that positivity and doing things that make you happy improve immune system function, help stave off the reoccurrence of cardiovascular disease and aid in faster post-surgical recovery.

In a review of studies in the Journal of Personality, researchers found people who use humour to cope with stressful situations show an increase in levels of salivary immunoglobulin, a vital immune system protein that is the body’s first line of defence in respiratory illness.

Dr. Kavita Prasad, an assistant professor in the Complementary and Integrative Medicine program at the Mayo Clinic in Minnesota, works with patients to help them cope with illness through the SMART (Stress Management and Resiliency Training) Program.

“Lack of resilience is associated with poor coping skills, higher stress and worse outcomes from illness,” she says. As one of the physicians on a 2011 study that examined the effects of resilience training on breast-cancer patients, Prasad saw how an increase in emotional health boosted the quality of life among participants. “Although we don’t know if it can improve cancer outcomes, it definitely eases anxiety, stress and depression,” Prasad says.

Scientists once believed that we were hard-wired to act and react a certain way and that those patterns were ingrained, until Barbara Fredrickson, a psychology professor at the University of North Carolina at Chapel Hill, proposed the “broaden-and-build” theory of positive emotions in the late ’90s. According to that theory, experiencing positive emotions (like joy and love) during times of stress prompts people to engage in novel courses of thought instead of defaulting to negative patterns. This change in mental action can increase over time to create a long-lasting buffer against stress.

Hang with a happy crowd

Resilience is also something we can learn from other people. “We all have the capacity to be resilient, but if we’re around people who respond to problems with anger or anxiety, that tends to get embedded in the neural circuitry of the brain, and that’s what we’re going to learn instead,” says Linda Graham, author of Bouncing Back: Rewiring Your Brain for Maximum Resilience and Well-Being. But if you seek out positive role models and people who handle stress and everyday pressures with aplomb, you can pick up some valuable insight that can then be put to use in your own life. “When we’re around people who cope by staying present and focused, we can also learn to do that,” Graham says.

When you do this, you’re actually changing your brain’s patterns with self-directed neuroplasticity. “When we pause for a moment, notice what’s happening and notice our reactions, we begin to see that we have choices, and we can choose to act differently — and that’s when we’re retraining our brain,” she says. “We don’t get away with saying, ‘I’m an angry person, I can’t help it,’ because we can change how we respond to the events in our lives and to other people.”

“The demands we place on ourselves affect every aspect of our lives,” Prasad says. “We need to recognize that our patterns might not be working as well as we thought and focus on compassion instead.” In the SMART Program she uses higher values, such as spirituality and gratitude, to address negative situations. “You need to tell yourself, ‘I’m going to live today doing the best I can to make today the best for me.’ ” She recommends incorporating gratitude into your day-to-day life, letting go of negativity and focusing on learning to forgive both yourself and others.

One way to do this is to amass a “positivity portfolio,” says Paula Davis-Laack, a stress and resilience expert in Milwaukee. She suggests creating a file of complimentary notes and emails from friends, colleagues and bosses. “It’s a really nice way to reflect on the things you’re doing well, and if you’re having a bad day, read a couple of those notes, and they’ll put a smile on your face.” She’s also quick to point out that studies show optimistic thinkers live longer, perform better, get sick less and recover more quickly. “At the end of the day, learning resilience will help you understand how you think, solidify your relationships, give you the confidence to reach your goals and bring you more fully to something you want to do,” she says.

Three ways to boost your resilience

Fighting words from Dr. Eva Selhub, a resilience expert and clinical instructor of medicine at the Harvard Medical School

1, Train your brain “The physical body has as much memory as the brain,” Selhub says. “When your muscles know they can lift something, you have less fear of doing it.” And the same principle applies to the brain. When it feels that it is adequately equipped to handle a stressful situation, it can.

2, Start from the inside out “If you eat foods that cause inflammation, your stress response will be activated more easily.” She says it’s important to avoid processed foods, too many carbs and too much dairy. A diet high in fruit, vegetables and lean protein is the best way to give your body the vitamins and minerals it needs to combat stress.

3, Rest up Let’s face it: To stay strong in times of crisis, you need to be well rested. Researchers in the Netherlands found sleep deprivation has the same effect on your immune system as stress, while a study from the University of Pennsylvania shows lack of sleep makes people less able to cope effectively in even mildly stressful situations.