One doctor's convincing case for abolishing the handshake

Could we be seeing the resurgence of the fist bump? Doctor James Hamblin says, "Yes please!" 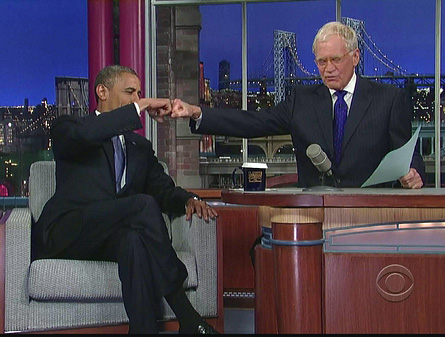 It’s not just germaphobes that are on high alert during flu season. The threat of being laid up for a week — even two — with a wicked cough, congestion and fever makes nervous Nellies of us all. One seemingly harmless sneeze at this time of year can clear out a subway train.

Public health officials (as always) are advising people to wash their hands to protect themselves from the spread of germs. Others are making a more pronounced stand.

James Hamblin, MD — a writer for The Atlantic — recently made a case for abandoning the handshake altogether. His argument is pretty straightforward: handshakes are bad for our health. He cites a statistic from the Centers for Disease Control and Prevention that estimates that “up to 80 percent of infections are transmitted by hands.”

According to Hamblin, who puts it quite dramatically: “It would be more sanitary to intertwine almost any other part of our bodies, apart from our lips or genitals.”

In its place, Hamblin suggests we adopt the “fist bump”. Used mostly by personal trainers and athletes, the fist bump is kind of like the handshake’s younger, goofier brother. To do it you make a fist and then bump your knuckles against the fist of another.

If you have a hard time imagining fist-bumping your boyfriend’s father or mother, I don’t blame you. The fist bump is not only a generational thing; it’s an informal gesture that can make you look like a bit too comfortable.

Issues of social etiquette aside, will substituting the handshake for the fist bump have a significant affect on the transmission of bacteria?

Hamblin cites a small study that found fist-bumping was preferable to handshakes in that it did reduce the amount of bacteria transmitted between participants.

To bump or to shake? It’s a question you may want to ponder now and into the new year. If you’re still wondering how to do it and why, Hamblin offers this video tutorial below: