Coping with a sick spouse: One couple's touching story

When Daniela Strucelj's husband was diagnosed with Parkinson's disease, she had to learn how to live as both wife and caregiver. 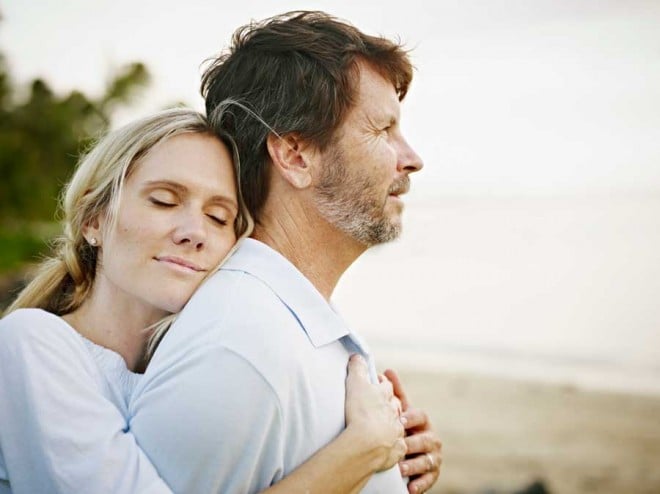 In 2003, Daniela Strucelj noticed some swelling in her partner’s right hand. At first Martin* dismissed her concerns. But two years later, after other symptoms like muscle stiffness began to appear, Martin’s neurologist gave him a devastating diagnosis: Parkinson’s disease.

“It was a huge, huge blow,” recalls Daniela, a 61-year-old consultant from Toronto. The man she’d known for almost three decades, a fellow sports fan with a knack for cooking, suddenly needed more than a partner, lover or friend.

He now needed a caregiver, and it meant Daniela’s life – and their relationship – was about to change.

The impact of illness
Across Canada, women like Daniela are caring for a sick partner or spouse. Parkinson’s disease alone affects over 100,000 Canadians, while thousands more suffer from similarly debilitating illnesses like Alzheimer’s and Amyotrophic Lateral Sclerosis (ALS).

When it comes to Parkinson’s, a degenerative disorder of the central nervous system, sufferers typically have tremors, stiffness, and rigid muscles. Simple tasks like hygiene and driving a car can become impossible. And while treatment can help slow the progression of symptoms, there is no cure.

It’s a heavy burden to bear for anyone who receives this kind of diagnosis, but much of the weight also falls on the caregiver’s shoulders.

“People forget that illness affects the entire family,” says Daniela. “It’s not just the person that is suffering.”

“One day he went for a bicycle ride and said, ‘Daniela, this is it for me,’” she recalls. Always a rational man, Daniela says Martin had the foresight to know when to stop riding his bicycle and driving a car, for the sake of his safety and the safety of others. But soon enough, he couldn’t even walk up stairs – and she felt helpless watching him slowly lose his independence.

Karen Henderson, Founder and CEO of the Toronto-based Long Term Care Planning Network, says this new relationship dynamic can lead to a complicated set of emotions for those caring for a sick partner or spouse.

“You may be angry because they’re ill, or frustrated because you don’t know where to turn,” she explains. “You may also (feel) guilty because you get mad and want (things to change).”

Daniela tried not to feel any guilt, but other emotions bubbled up. “It was very painful watching this extremely resilient man gradually having to give up, for his own safety, all of the things he enjoyed doing so much.”

It soon became clear that Daniela would have to give things up too, as sleep became a rare commodity. “You become emotionally exhausted, physically exhausted,” Daniela says. Every time Martin would get up at night to use the bathroom, she would wake up as well – wondering if he’d be okay. Then there were his nightmares, which Daniela says are typical of Parkinson’s sufferers. “But since they don’t hear themselves, they don’t know or realize what is happening,” she adds. “Their caregiver or their partner is the one who experiences that.”

During the day, life quickly became a juggling act between home and work as Daniela tried to balance caring for Martin while maintaining her busy career as a consultant in the aviation industry. Giving up the job she loved didn’t seem like a reasonable option, but her frequent overseas trips pulled her away from her caregiver role.

In 2012, Daniela was also coping with an added stress – the death of her mother and aunt within a two-month span. “It got to the point where I felt like I was sinking,” she recalls. And in the midst of that challenging time, she began to realize the key to being a caregiver: you can’t do it alone.

Surviving and thriving as a caregiver
“I thought I was strong, I thought I could handle (anything),” Daniela recalls. “I couldn’t. I needed help. And that’s not easy to admit.”

Many women feel they have to give and give, she adds. “But you can only give so much before you break down.”

Daniela found that finding a support network is crucial to staying afloat while caring for a loved one. Reaching out to family is the obvious choice, but not everyone has relatives nearby. In that case, it’s time to turn to other people in your life. “You have to reach out to friends, to professional people, to neighbours,” Daniela explains.

Karen recommends telling those around you exactly what you need help with – whether it’s delivering you frozen meals or picking up a movie. Like Daniela, she knows from experience that caregivers need this kind of support. She founded the Long Term Care Planning Network after caring for her father, who suffered from dementia, until his death in 2000. Now, she encourages caregivers to network and support each other.

Daniela can certainly attest to the benefits of linking up with people who can relate to what you’re going through, and says her Parkinson Society Canada support group has been incredible. “When you can share your experiences with those who are in the same position, you don’t have to explain – they know what you’re talking about.”

According to Karen, maintaining balance in your life – by keeping your interests and hobbies – is also crucial. “(Being a caregiver is) part of your life, but not your whole life,” she says. “You need to look at what you enjoy in life, and what will keep you healthy, and keep doing it.”

Daniela kept her job knowing that it would help her feel balanced and fulfilled. She also found certain hobbies, such as exercise and meditation, to be “lifesaving outlets.”

But eventually, regardless of how hard you’re working to keep your spouse or partner healthy, there may come a time when the burden is simply too much to handle at home.

For Daniela and Martin, this meant settling on the tough decision to move him into a long-term care facility in September 2012. Martin’s move has reshaped Daniela’s role as a caregiver, but she’s still his emotional support. “I organize his appointments, I buy him things, I take him out to change the atmosphere to make his life more bearable,” she says.

For months, Daniela cried every time she left the facility after a visit. Now, however, she takes relief knowing it’s a decision the pair made together. In the early stages of Martin’s illness, the couple did lots of advance preparation and visited roughly eight to 10 long-term facilities to see what would be the best fit.

Karen says this is the right approach. Caregivers need to speak with their loved ones early on about issues such as home modification and long-term care, before their symptoms worsen. If you have children it’s also helpful to educate them and be honest about the challenges ahead. “Don’t wait until a crisis occurs,” Karen adds.

After learning these lessons from her own experience as a caregiver, Daniela hopes she can now help others who often feel alone, living in the shadow of their loved one’s illness. “Everything revolves around the person with Parkinson’s, or whatever illness the person is suffering from,” she says. “We must remember that we are as important, and we need help, as much as (they do).”