With the announcement that she's undergone a double mastectomy, we look at Angelina Jolie's surprising rise as a women's health advocate. 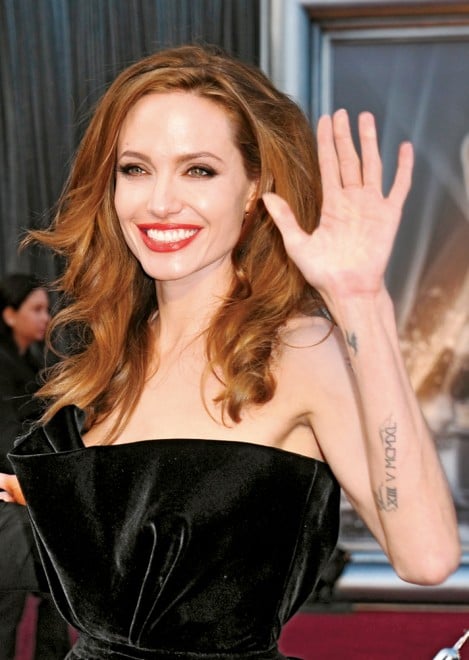 Angelina Jolie may appear to be an unlikely advocate for women’s health — her frequently invoked status as Sexiest Woman Alive obscures her more serious aims often — but it’s her seeming unsuitability for the role of public health spokesperson that may make her one of the most powerful advocates for women’s issues.

On Tuesday the actress shared her recent choice to undergo an elective double mastectomy in an Op-Ed for The New York Times. In the piece Jolie shares that the reason for her decision was preventative: she carries the BRCA1 gene, which greatly elevates her risk of developing breast cancer and ovarian cancer.

“My doctors estimated that I had an 87 percent risk of breast cancer and a 50 percent risk of ovarian cancer, although the risk is different in the case of each woman,” writes Jolie.

For Jolie, knowledge that she possessed the gene must have loomed truly large. The actress lost her mother, Marcheline Bertrand, to ovarian cancer. Bertrand was only 56 years old. The loss of a beloved mother at such a young age is a terrible wound that leaves a deep sting and it must smart particularly for Jolie who is the mother of six children.

Her children appear to have been a factor in her decision to undergo the procedure, which she admits “was not easy” to make.

“But it is one I am very happy that I made. My chances of developing breast cancer have dropped from 87 percent to under 5 percent. I can tell my children that they don’t need to fear they will lose me to breast cancer,” she shares.

Though still fresh from the procedure and the reconstruction of her breasts, Jolie says she is choosing to share her story in the hopes that it will encourage other women to be better informed and take more decisive action when it comes to mitigating their risk of cancer.

But Jolie’s short Op-Ed also raises some real challenges to that course, however. In the U.S., one of those challenges is cost. As she notes, the cost of genetic testing is nearly $3,000, which for many women would make the test hard to take if not impossible. She also touches briefly on another concern and that is how women identify with their breasts and their ovaries — ovaries and fallopian tubes are sometimes removed to eliminate the risk of ovarian cancer.

Jolie says that she doesn’t feel “any less of a woman” as a result of her surgery and that she feels “empowered that I made a strong choice that in no way diminishes my femininity.”

Ultimately, it may be her assertion that her femininity isn’t comprised by her choice but rather affirmed by the strength it takes to throw useless ideas about sexiness out the window and put health and self-preservation above all else that offers the most important contribution to the issue.

It’s an unlikely message coming from a celebrity who has never been shy about using cliché sexiness to draw crowds. But perhaps if Jolie can shed juvenile notions with such grace and strength so too can the culture. Women, and the people who love them, would be better served for it.

What do you think about Jolie’s procedure? Tell us in the comment section below.

*Update, please note that we have updated a previous version of this story that stated Jolie’s mother died of breast cancer. She passed as a result of ovarian cancer. We apologize for the error.