How to balance your dopamine to lose weight and beat addiction 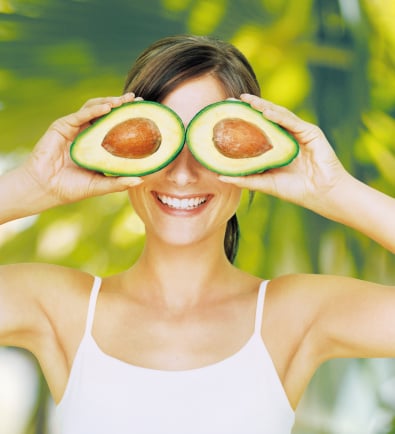 Can’t put your Blackberry down? Feel bored when you’re not at work? Late night binge behaviour? Believe it or not, all these things have a lot to do with dopamine — the neurotransmitter that’s heavily involved in the pleasure centre within the brain. It’s released in high amounts during gratifying activities such as eating, sex, exercise and dancing.

Too little or too much?
As a brain chemical, dopamine influences well-being, alertness, learning, creativity, attention and concentration.

While not enough dopamine can leave us craving food, sex or stimulation, too much can cause addictive behaviours. For instance, Parkinson’s patients taking medications to support dopamine levels have been shown to become involved in gambling when their medications were increased. Paranoia or a suspicious personality can also arise from too much dopamine, although more of this hormone in the frontal area of the brain relieves pain and boosts feelings of pleasure. Dopamine isn’t released only during pleasurable experiences, but also in the presence of high amounts of stress.

As you can see, pleasure and pain are closely related.

Curb your dopamine addictions
Many researchers today agree that dopamine is one of the reasons why foods can be addictive. We also know stress stimulates the production of dopamine, which provides us with more energy, drive and motivation, just as the addictive stimulants chocolate, caffeine, sugar and cigarettes can. This means we can become as addicted to stress as we can to stimulants simply because we’re searching for a dopamine rush to beat fatigue.

Not surprisingly, almost all abusive drugs and addictive substances influence dopamine production. Alcohol, cocaine, nicotine, amphetamines and even sugar can mess with our dopamine balance. According to Dr. Nora Volkow, director of the National Institute on Drug Abuse (NIDA), many smokers eat more when they are trying to quit because both food and nicotine share similar dopamine reward pathways. When less dopamine is stimulated, as nicotine is reduced, food and sugar cravings naturally kick in to compensate.

Here are a number of suggestions you can implement to keep your dopamine levels steady and your weight loss goals within reach:

1. Dose of dopamine for weight loss
Besides the many pleasures dopamine brings, this substance naturally suppresses appetite and aids weight loss. Unfortunately, the body tends to work against us when it comes to dopamine production. Researchers at Princeton University found dopamine decreased in rats when they lost weight on restricted eating programs. With this drop in weight, the rats’ appetites increased and they began to eat more in an attempt to naturally restore dopamine levels.

How does this research translate for us? Activities and/or supplements that increase the production of dopamine may be beneficial to blunt the dopamine drop that occurs with weight loss and may ultimately allow us to sustain better appetite control.

Bottom line: Strategies such as eating smaller amounts more frequently, avoiding skipping meals, enjoying more sex, getting a massage and increasing exercise can help provide the body with a natural dose of dopamine.

2. Leave it up to L-tyrosine
The amino acid tyrosine is a building block of dopamine, so supplements can definitely help perk up production of this important mood-influencing hormone.

Bottom line: Take 500 to 1,000 mg on rising, away from food. Another dose may be added later in the day, but because tyrosine is a stimulating supplement, it should not be taken after 3 p.m., nor by anyone with high blood pressure. This product should be taken for at least four to six weeks to reach full effectiveness. Tyrosine is the best choice if low thyroid hormone or underactive thyroid is also suspected. Food sources of tyrosine include almonds, avocados, bananas, dairy products, lima beans, pumpkin seeds and sesame seeds.

3. Look for D- or DL-phenylalanine
Like tyrosine, phenylalanine is a building block of dopamine. Phenylalanine studies have shown that it may be as effective as certain antidepressants in treating depression.

Bottom line: Take 500 to 1,000 mg per day, away from food, before 3 p.m. Like tyrosine, phenylalanine must be taken for at least four to six weeks for full effectiveness. And DL-phenylalanine may be the better choice if you also have body aches and pains.

Phenylalanine is found in most protein-rich foods (especially turkey), so eat them (meat, fish, beans, nuts and milk products) when you want to feel sharper.

4. Relax with rhodiola
Rhodiola can enhance learning capacity and memory and may also be useful for treating fatigue, stress or depression. Research suggests rhodiola may enhance mood regulation and fight depression by stimulating the activity of serotonin and dopamine. A clinical trial from Armenia showed significant effect for a rhodiola extract in both male and female patients from 18 to 70 years old with mild to moderate depression.

Bottom line: Take 200 to 400 mg per day in the morning away from food for a minimum of one month.

Read more: How to give yourself an energy makeover>