Whether you want to laugh, cry or just feel better about love, we've got a movie to cover it 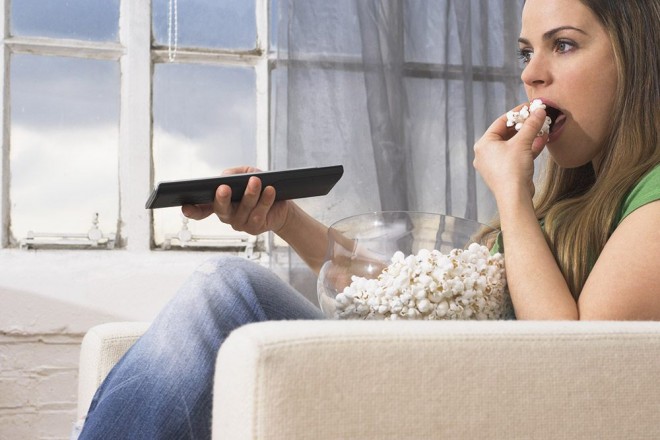 Sometimes a gal just wants to watch a movie where two people fall in love. Sometimes a bitter cry is healthy and sometimes a solid belly laugh can cure all. Sometimes you just want to believe, through movie magic, that people meet gorgeous men and fall head over heels every day. The following movies include scenes with all of the above. Happy Valentine’s Day!

Laugh at love
Bridget Jones’s Diary (2001)
What can we say? It’s still one of the funniest romantic comedies around and Renee Zellweger’s heartwarming performance as clumsy, love-seeking Jones will remind you why she was nominated for Best Actress (one of the few comedic lead roles for women that have been nominated).

Forgetting Sarah Marshall (2008)
Peter gets dumped by his actress girlfriend Sarah Marshall (Kristin Bell) and heads to Hawaii to try and get over her. Too bad she’s at the same resort on vacay with her new British rock star boyfriend (Russell Brand). Jason Segel charms as sad sack Peter (his full frontal nude scene is the funniest, saddest nude scene ever), you’ll be rooting for him to get the girl.

Weepers with the Reaper
Autumn in New York (2000)
This little-seen tearjerker is worth it for the following eye candy equation: autumn + New York City + Richard Gere + Winona Ryder = gorgeousness. The story is standard: Will and Charlotte fall in love, she’s awfully pale and he’s a filthy rich playboy. Can he save her? Can she save him? The ending isn’t a surprise, but getting there is cry-tastic, if not a little cliche.

Truly, Madly, Deeply (1990)
If you haven’t seen this British romance starring a delicious Alan Rickman and a soulful Juliet Stevenson, get thee to a video store. Jamie, the love of Nina’s life, is killed and she is heartbroken. When he reappears as a ghost to help her get back on track, things don’t always go smoothly. Equally funny and emotional, Truly, Madly, Deeply is on its way to becoming a romantic classic.

Heartwarming, not heartbreaking
Definitely, Maybe (2008)
Ryan Reynolds stars as a single father who is telling his daughter (played by Little Miss Sunshine Oscar nominee Abigail Breslin) the story of how he fell in love with her mother – because now they’re getting divorced. The premise is a little taxing, but all you need to know is that you won’t know who the mother is until the end. Also starring Isla Fisher, Rachel Weisz and Elizabeth Banks, Definitely, Maybe is full of sweet moments and 90s nostalgia via flashback that will leave you feeling optimistic about the future. You never know who you’ll end up with, right?

Something’s Gotta Give (2003)
Playwright Erica Barry (Diane Keaton) has to choose between the chemistry with playboy Harry Sanborn (Jack Nicholson) who only dates young women, and the butterflies caused by Dr. Julian Mercer (Keanu Reeves) who is 20 years her junior and crazy about her. And she lives in the most beautiful Hamptons house ever seen on film. Lucky Erica. You can’t help but feel good after watching the talented cast crack jokes and fall in love against gorgeous scenery… and paging Dr. Mercer, I’m available.