To be happy, try laughing until it hurts

One of the best, most satisfying things in the world is a deep belly laugh, or those uncontrollable chuckles when you just can't pull it together. But why does laughing make us feel so good? 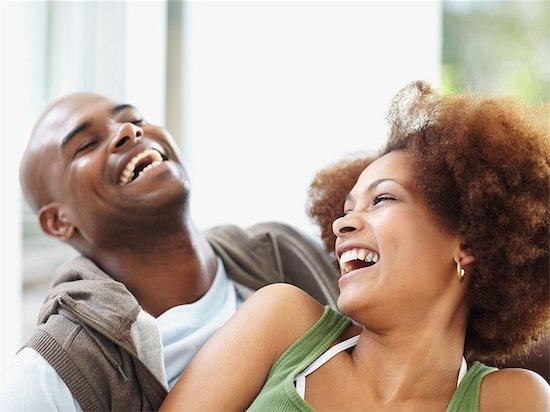 One of the best, most satisfying things in the world is a deep belly laugh, or those uncontrollable chuckles when you just can’t pull it together. But why does laughing make us feel so good? A recent story by James Gorman in the Globe and Mail explores new research by Robin Dunbar, an evolutionary psychologist at Oxford University who is studying just why the physical act of laughing makes us happy. Apparently, the muscle exertions involved in laughing trigger a release in feel-good endorphin chemicals.

Dunbar’s research has demonstrated that laughing increases pain resistance, and laughing has also been linked to group bonding — which might be part of the reason it appears to be contagious. Writes Gorman: “Dunbar, however, was concerned with relaxed, contagious social laughter, not the tyrant’s cackle or the ‘polite titter’ of awkward conversation. He said a classic example would be the dinner at which everyone else speaks a different language, and someone makes an apparently hilarious, but incomprehensible, comment. ‘Everybody falls about laughing, and you look a little puzzled for about three seconds, but really you just can’t help falling about laughing yourself.’”

I had this experience once while traveling by minibus through Vietnam. My friend and I departed Hoi An with a busload of Vietnamese people; they didn’t speak English and we didn’t speak Vietnamese. And none of us had met before that day. Almost immediately, the Vietnamese passengers started a bus-wide conversation and we had absolutely no idea what they were saying. But then they started cracking up, just laughing and laughing, and my friend and I — clearly not in on the joke — were unable to keep from joining in.

Writes Gorman: “Dr. Dunbar thinks that laughter may have been favoured by evolution because it helped bring human groups together, the way other activities like dancing and singing do. Those activities also produce endorphins, he said, and physical activity is important in them as well. ‘Laughter is an early mechanism to bond social groups,’ he said. ‘Primates use it.'” I just remember my stomach hurting from laughing so hard that afternoon in Vietnam, and I was sorry, at the end of the trip, to see everyone go their separate ways.