The link between junk food and Alzheimer's

So many sweet temptations abound — cake, cookies, chocolates, candy. Next time you decide to reach for that cupcake, reconsider. 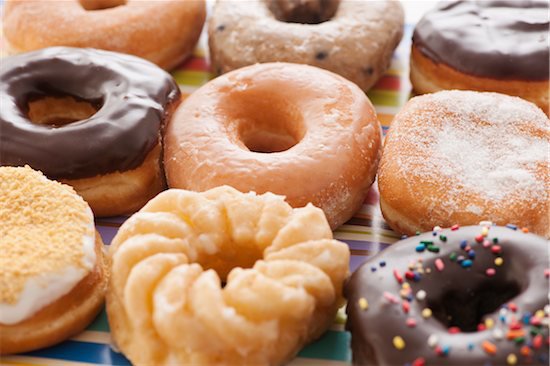 Today is the first day of Diabetes Month and, thanks to Halloween, a time when so many sweet temptations abound. Next time you decide to reach for that treat, reconsider. You just might want to choose an apple instead. Or at the very least cut down on the sheer quantity of junk food that you consume on a regular basis.

You know that it makes you gain weight. You probably know that all those brownies have a role to play in the surging levels of type 2 diabetes, a disease, which is now seen even among young children and adolescents in unprecedented numbers (where it never even existed before).

What you may not know is that, according to a recent article in The Daily Mail, junk food is suspect in Alzheimer’s disease. Disturbed by the concurrent steady and dramatic increase in diabetes and Alzheimer’s since 1980, researchers now think that the same factors, sugar and insulin, that contribute to the development of diabetes, are also playing a role in soaring rates of dementia.

Dubbed “brain diabetes” or “type 3 diabetes” in some scientific circles, Alzheimer’s, says The Daily Mail, may evolve in similar fashion to type 2 diabetes.

Consuming too much sugar causes high levels of glucose to rise in the blood stream, which pushes the body to produce greater levels of insulin to counter the effects. Over time, it takes more insulin to achieve the same normalizing effect, a condition known as insulin resistance.

Elevated insulin levels/insulin resistance, say researchers are now thought to affect the brain. (Insulin, on the positive side helps protect memory.) Insulin resistance may be part of the process, which encourages plaque to deposit on the brain, which is implicated in Alzheimer’s.

While not especially heartening news for people with an insatiable sweet tooth, the evidence of a link does open up the potential for a broader form of treatment for Alzheimer’s as researchers investigate the possibilities inherent in applying traditional therapies for diabetes to dementia — leaving the rest of us to face a classic sweet and sour dilemma.