The grown-up guide to ADHD

Attention-deficit hyperactivity disorder affects adults too. Here's what you need to know. 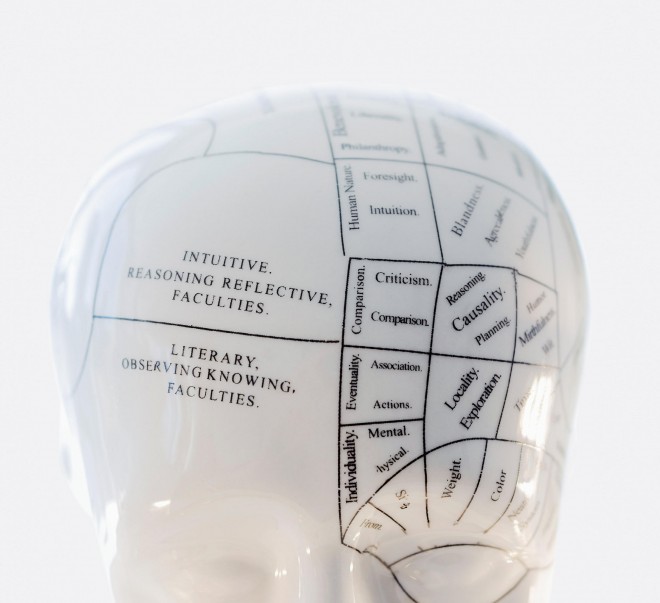 Rick Green was 47 when he learned he had ADHD. Yes, that Rick Green: the award-winning producer, writer, director and comedic actor best known for his long-suffering, nature-loving character Bill on The Red Green Show. Those are some of his career highlights. But there were also a lot of lows: a failed marriage, lost job opportunities, an empty bank account and many things started but left unfinished — all of which he now attributes to a disorder he didn’t know he had.

“It’s depressing when you see what it has cost you,” Rick says. “There’s a real surge of emotions when you first get the diagnosis: anger, sadness, regret — I still get stuck in that one on bad days.”

When you hear the term ADHD (which stands for attention-deficit hyperactivity disorder), you probably picture a hyperactive kid who can’t sit still, not the chatty co-worker in the cubicle next to you or the effervescent aunt who’s on her third marriage and can’t hold down a job. That’s one of the problems with adult ADHD: Many people think it’s something that happens only to kids — that is, if they believe it exists at all.

ADHD is a myth, it’s an excuse, it’s over-diagnosed, it’s caused by bad parenting or too much sugar; clinical professor of psychiatry Russell Barkley has heard it all. And he’s not impressed. “ADHD is the most impairing outpatient disorder we treat in adults, even compared to depression or anxiety,” says Barkley, who’s also the author of Taking Charge of Adult ADHD. “To make those claims or to say it’s a myth is stunningly scientifically ignorant.”

Busting the myths
Thanks to neuro-imaging, we know that ADHD (also known as ADD) exists, and that it affects certain areas of the brain (from the frontal lobes to the cerebellum). In fact, in those who have ADHD, these structures are three to 10 percent smaller and 10 to 25 percent less active than they should be, says Barkley. “It’s the executive area of the brain, which deals with self-regulation,” he says. This means adults with ADHD have problems with many things, from inhibition and self-control to “executive functions” such as planning, concentrating and time management.

Diagnosing adult ADHD
It wasn’t even until the mid-’90s that scientists realized kids might not grow out of ADHD when they hit puberty. As it turns out, one in 25 adults in the U.S. has it. “The most obvious symptoms diminish, so you’re no longer a hyperactive kid,” says Barkley. “But the underlying disorder is the same — it’s only the surface features that change.”

The idea of ADHD as an executive-function disorder is very new and represents such a paradigm shift that Barkley is keen to rename the condition altogether. “It’s a disorder of self-regulation, not an attention disorder. It’s badly misnamed,” he says. “The existing label suggests a minor difficulty in concentration, so the reaction is, ‘This can’t be serious.’” But research shows that there are many areas of life, from managing money to driving a car, in which adults with ADHD are affected. “This is a real disorder, and it can’t be underestimated.”

Adults with ADHD are often creative, energetic risk takers, some of whom have also become successful artists, emergency-room doctors or politicians. A lot of celebrities admit to having ADHD (including Ty Pennington), as do certain professional athletes (like Michael Phelps). “We’ve treated a number of well-known athletes,” Barkley says. “But although two pitchers may be equally talented on the field, the one without the disorder has a less disrupted home life and is usually not in trouble with the Internal Revenue Service or sleeping with a new person in every city.”

If they’re lucky, adults who have ADHD will find a place where what they do well works, explains Rick. “Being on stage saved my life and gave me a healthy way to get the adrenalin fix I needed.” But, he adds, the thing that changed his life for the better was his diagnosis. “ADHD sabotages your life until you know what’s going on. Once you find out, then you’ve got some hope.”

For Rick, it happened 10 years ago, when his son, a straight-A student, started struggling in school and was sent for ADHD testing. The questions looked all too familiar, and both father and son were diagnosed with ADHD. (Researchers point to a landmark 1995 study that found that 57 percent of children who have a parent with ADHD also have the disorder.) “And when I look at my dad and my grandfather, I see the traits,” he says.

When he told the public about his diagnosis, he wasn’t prepared for the reaction he received. “Everybody snorted and said, ‘What are you talking about? You’re successful.’ There was almost no tolerance from most of the people who knew me.” Part of the problem is that the symptoms aren’t unusual. “It’s not like red spots appear, or your skin turns yellow,” he says. “And everyone loses things, seems distracted or often tunes out.” But not all the time.

The 18 symptoms used to diagnose ADHD are based on, and developed for, children. “Adults don’t come to my clinic because they’re climbing on the furniture or can’t play quietly,” says Barkley. “They come when they’re about to lose their jobs because they’ve been late six days in a row or their partners are kicking them out for being emotionally impulsive.”

Barkley and his research team have identified eight possible indicators (see “Eight ADHD warning signs,”) and nine adult symptoms, which he wants added to the Diagnostic and Statistical Manual of Mental Disorders by the American Psychiatric Association. Rick is a match for most symptoms, including “has difficulty sustaining attention in tasks or leisure activities.” He says it was as though his brain was always Googling, making it hard to focus. “At the time, I’d try my hardest to listen to what my first wife was saying, but the TV was on in the basement, the clock was ticking, there’d be a siren out in the street and the button on her shirt would be catching the light and shining. It was easy for both of us to make that mean that I didn’t care. But I did.”

Help may not be around the corner
Once it’s diagnosed, it isn’t always easy for an adult with ADHD to get help. “Only seven percent of adults with ADHD are being treated in Canada,” says Margaret Weiss, a clinical professor of psychiatry at the University of British Columbia and clinical head of the ADHD program in British Columbia. The problem? There isn’t an official adult ADHD service anywhere in the country. Most children are treated by pediatricians, child psychologists and neurologists, Weiss says. “When kids turn 18, they have nowhere to go and are just left hanging.”

Up to 90 percent of children with ADHD maintain some level of impairment as adults. And the cost of not treating ADHD adults is huge, says Weiss. “Adults with the disorder experience higher health-care costs and are more likely to end up in jail or be in car accidents than other people.” ADHD also has a high co-morbidity in adults (90 percent), meaning it comes hand in hand with other disorders such as depression or learning disabilities. But it’s also highly treatable.

There are two types of ADHD medication (stimulants and non-stimulants) that correct chemical imbalances in the brain and help to temporarily normalize behaviour. They’re most effective when combined with relatively new treatments in cognitive-behavioural therapy, which teach adults with ADHD skills and strategies for things like planning, self-esteem and time management.

“There are so many simple things that help you focus, so you’re not spending hours of your day trying to find your keys, your wallet, your phone,” says Rick. And you learn how to enlist the help of others, he adds. “When my wife and I went to parties, I’d talk to 20 people and not find out a thing about any of them. I’d talk and talk and talk without realizing it.” Now, his wife smiles and scratches her ear as a signal for him to shut up. “I quickly wrap up my long story and say something like ‘We loved Alcatraz — have you ever been to San Francisco?’ I know now to ask a question.”

Science to the rescue
There’s still a lot we don’t know about adult ADHD, but, Barkley says, this is an exciting time in history, scientifically speaking. Researchers have identified specific genes that are likely linked to ADHD. “We also know that one specific gene carries a higher risk for nicotine addiction, while others predict how well you’ll be able to concentrate during boring activities, and still others determine which drug you’ll respond to best,” he says. Barkley hopes there will come a day (maybe even within 10 years) when family doctors will be able to do genetic testing for ADHD in their offices, using saliva.

In the meantime, Rick is doing what he can to dispel the myths that still surround ADHD. He recently created an award-winning documentary (ADD & Loving It?!) and a website (Totallyadd.com) that readers have told him literally saved their lives, and he’s published a book, ADD Stole My Car Keys. “It’s tough finding out you have adult ADHD,” he says. “But this is something you want to know. Then you can dismantle the beliefs you had about yourself. Suddenly everything’s up for grabs — and that can be exhilarating.”

If these sound familiar, seek help. The best starting point is the Centre for ADD/ADHD Advocacy, Canada. Visit it online at Caddac.ca.