The flu shot: To vaccinate or not?

“… Those who are so willing to inject mercury containing vaccines into people under the delusion that they are forwarding public health… should be required to submit the scientific evidence for their decisions.” — Flu vaccine statistics don’t add up, in the Nelson Star, Nov. 15, 2011 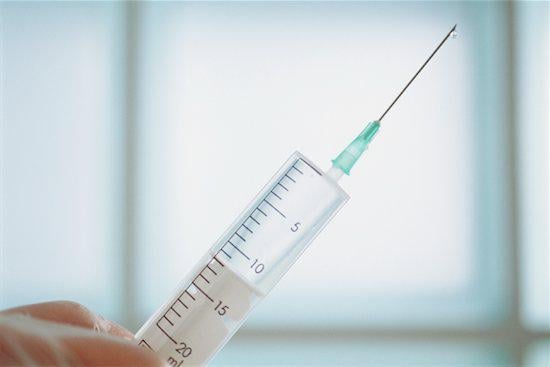 “… Those who are so willing to inject mercury containing vaccines into people under the delusion that they are forwarding public health… should be required to submit the scientific evidence for their decisions.” — Flu vaccine statistics don’t add up, in the Nelson Star, Nov. 15, 2011

In a world where paranoia and distrust of science abound, this op-ed in a local B.C. paper certainly fueled uncertainty around flu vaccines. In the piece, the writer suggests that public health officials and the media were deliberately misinterpreting data from a recent Lancet review about the flu shot by concluding that it’s effective for most people.

Science-ish poked around in the studies, and found a more nuanced story about the flu shot.

What’s in a flu shot?

Each year, the World Health Organization sets the flu vaccine content. Three influenza viruses — one influenza A (H3N2) virus, one seasonal influenza A (H1N1) virus, and one influenza B virus — are selected. This decision is made on the basis of a number of factors, explained McMaster University infectious diseases specialist Dr. Mark Loeb, “including surveillance data about circulating strains, how they spread, and whether there is a vaccine virus available that would provide protection against viruses likely to circulate.” For the vaccine to be most effective, he noted, there should be a match between the antigen in the vaccine and the circulating strains in a given season. So does this mean vaccination is a gamble?

The short answer is “yes.” But not so fast.

First, there is quite a bit of variation in the conclusions of studies about whether flu vaccines are effective. In the research that focuses on preventing the flu in particular populations — the elderly, those with asthma — the science isn’t all that great. This systematic review on the effectiveness of vaccination among individuals age 65 and older concluded that the evidence wasn’t solid enough to draw conclusions, since it is mostly based on observational studies — which are at a great risk of bias — instead of good quality trials. Another review about vaccinating asthmatic patients reached similarly uncertain conclusions: “Few trials have been carried out in a way that tests whether asthma attacks following influenza infection (as opposed to following the vaccination) are significantly reduced by having influenza vaccination, so uncertainty remains in terms of how much difference vaccination makes to people with asthma.”

As for healthy adults, the evidence is more promising. A recent review on the flu shot for this group concluded that the vaccine has “a modest effect in reducing influenza symptoms and working days lost.”

These results aren’t so modest when considered at the population level, particularly in a year when the vaccine is well matched to the flu strains out there. “As with most preventive maneuvers,” explained Dr. Brian Haynes, chief of McMaster’s Health Information Research Unit, “a lot of people have to be treated to prevent a few cases. But a lot of deaths occur from  influenza consequences each year, mainly in vulnerable people — such as patients with chronic illnesses — who often get flu from healthier people. And then there is the 1918 flu pandemic that wiped out a lot of people.” If there was a flu-shot program then, many lives would have been saved.”

As with any medication, there is evidence of potential harm — severe allergic reactions, or in the worst case, the Guillain-Barré syndrome. But the evidence strongly suggests that the benefits outweigh the harms. For one, the side-effects mentioned above are exceedingly rare (one per million vaccinations for Guillain-Barré), while the economic benefits of flu vaccine programs abound. (See this recent economic appraisal of Ontario’s universal flu immunization program, and this recommendation statement on prevention of influenza in the general population.)

There are indirect benefits related to the flu shot, too. This 2010 randomized trial involving 947 Canadian children and adolescents who received flu vaccine and 2,326 community members who did not, showed that immunizing the younger cohort in the population protected unimmunized residents against the flu. So even if it’s not proven to be effective in one group, fewer people overall get sick with more immunization.

In a good year, when the WHO’s infectious diseases specialists get the right match, the flu vaccine is effective. “Overall, (flu) vaccines do work,” said Dr. Haynes. “I’m basing my conclusion on the studies in which well-matched vaccines appear to have a consistent effect. Of course, going into a flu season, you can’t know that the vaccine will be well matched to the flu virus that becomes prevalent.”

But medicine is an exercise of weighing harms and benefits. In this case, getting the shot is a worthy gamble—if you want to minimize your risk of getting the flu, spreading it to your elder, younger, or sickly family members, and taking sick days from school or work. As Dr. Haynes put it: “People bet on many far longer odds: lotteries, refusal to fly. And the thing is, going into a flu season, you never know what the odds are.”

Julia Belluz is the associate editor at the Medical Post. Science-ish is a joint project of the Medical Post, Maclean’s and the McMaster Health Forum. Got a tip? Seen a health myth you’d like Julia to investigate? Comment below, or message her at julia.belluz@medicalpost.rogers.com or on Twitter @juliaoftoronto.