Old-fashioned or still relevant? We ask men and women how they feel about gender roles in relationships and romance 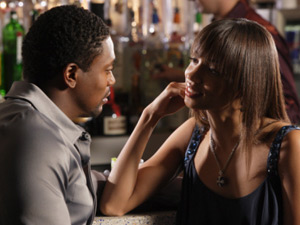 To find out what Canadians think about sexual stereotypes, we talked to men and women of all ages and all states of matrimony or otherwise. Opinions ranged as the conversation flowed and we compiled some of the best bits in an attempt to show both sides. Have something to say? Weigh in below by posting a comment.

“Me personally, I like a good chase. I don’t want it to be too easy to get in with a woman because I’ve been taught to work for things I want. If it comes too easy, I get suspicious. Maybe that’s why I never got married.” Mark, 43

“I don’t think guys like the chase more than the catch, the catch is when the good stuff begins. The chase is just the lead up to getting [what you want] on a regular basis.” James, 39

“I’ve been in situations when I thought we were starting something really good, but then the guy lost interest once the dating stage is over. I don’t think it’s true for all men, but I’ve definitely seen it happen.” Rose, 35

“I like the chase, too. It’s a game, in the most non-game sense of the word. You’re flirting, you’re deciding how much you like each other, you’re trying to impress each other. It’s my favourite time in a new relationship and when things start to settle I feel a little disappointed.” Kenya, 30

2. More women want to get married than men

“I know two single men in their late 30s who are dying to get married and talk about meeting the one more than I do. So I don’t think that’s true at all. I don’t want to get married.” Marion, 41

“I think that’s probably a true one. Maybe it’s all that bridezilla stuff you see on TV, but I think women get carried away with the idea of marriage more than men.” Craig, 31

“Women are just raised to want marriage more than men are. That’s what I think.” Kerry, 37

“Yes, women are obsessed with marriage. I blame Vera Wang. Why do I even know that woman’s name?” Tony, 36

3. Men don’t want a woman more sexually experienced than they are

“I don’t ask a woman how many people she’s been with, I don’t need that number floating in my head when we’re in bed. I don’t think she wants to know mine, either. It’s like we were virgins before we got together, even though that sounds, I don’t know, ridiculous. But I do think that way for sure.” Peter, 35

“I wouldn’t want a woman to be overly aggressive in bed before I was ready for it. Call me old-fashioned, but I think I would be turned off by a woman who was all about sex because I’m not. I wouldn’t want to feel inadequate.” Anonymous, 43

“I don’t care if she’s slept with ten times as many [people] as I have, it doesn’t matter. It just means she’ll know a few things that I don’t.” Andrew, 39

“I lie if a man asks me how many men I’ve slept with. I’ve said four people since I was 22, and it’s more like 18. I just don’t think he needs to know and that he wants to hear that I haven’t been with that many men.” Anonymous, 29

4. Women don’t want a man less sexually experienced than they are

“It wouldn’t bother me at all. I’d think it was kind of endearing if the guy was less experienced. I could show him exactly what works, who wouldn’t want that?” Reshmi, 32

“Nope, doesn’t matter to me because I don’t talk about sexual experience with the people I date. What’s in the past is in the past, so there’s no reason to compare histories.” Jaya, 40

“I want a man who knows what he’s doing and I don’t want to have to show him how. A few pointers and he should be fine on his own.” Alison, 31