What women are really attracted to in men

A new study shows it isn't size, but this male feature, that really matters to women. 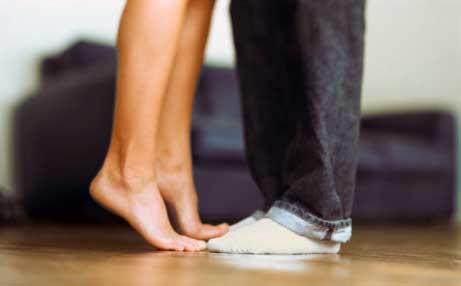 It seems height and broad shoulders, not penis size, is what really matters to women (Photo by Getty Images)

Bear with me. There’s yet another scientific study (via Time.com) out that appears to confirm the commonly held belief that women generally prefer men with large-size penises.

The study, conducted by a researcher at the University of Ottawa, was recently published in the Proceedings of the National Academy of Science.

For the experiment, more than 100 women were asked to view video clips of nude men — or rather computer-generated images of naked men, reports Time. The images showed a variance in physical traits (without allowing women to see their facial feature). For example, some men were taller than others, while others were heavier-set or thinner. Some men were graced with ample private parts while others were not-so-blessed.

That feature made quite the difference, it seems. Men with larger penises, which is defined as anywhere from 3 inches-up, scored higher on the attractiveness scale than men without, the study found.

But (and here’s the kicker) so did taller men overall, which suggests that women prefer men who are bigger, period. Short men with large penises apparently scored points, but still were at a disadvantage compared to taller gents. The Time article noted, “Based on the women’s answers, the researcher calculated that height was as important as endowment in a male’s attractiveness, while wider shoulders and narrow hips was more important than both combined.”

What does it all say about how women experience desire for the opposite sex? It’s hard to say. It may reveal how women rate attractiveness in isolation, or when given the opportunity to compose their ideal partner out of some computer-generated parts, but it’s debatable if that translates in the real world, where anatomy remains mysterious until, well, the very private moment of unveiling.

A gal isn’t immune to disappointment during such an occasion but does attraction dry up as a result? Tall, dark and handsome and magically endowed sounds lovely. But how many women would trade their partner, in all his unique reality, for the illusion of anatomical perfection?

That’s a study that may complicate the size matters conversation.

What do you find most attractive in a man?