What does a lower-back tattoo really suggest to men?

French researchers put Vince Vaughn's now-famous Wedding Crashers line, "Tattoo on the back, might as well be a bullseye," to the test. 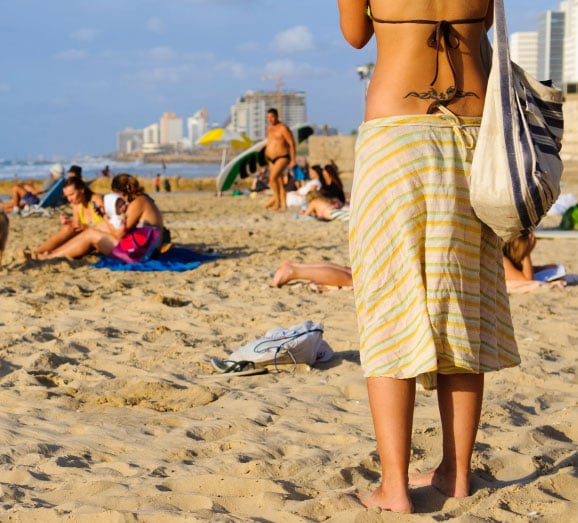 Does a back tattoo make men look at you differently (Photo by iStock)?

There was a time when tattoos were the exclusive preserve of merchant marines, criminals and prisoners of war. Of course, that was then and this is now, a time when your mother is just as likely as Slash to have Tweety Bird indelibly stamped on her bicep.

Despite their ubiquity, and a certain level of cultural acceptance, tattoos still retain a slightly naughty reputation, which, in some circles can signal outlier status. If you have plans, for example, to become the CEO of a Fortune 500 company, it’s probably not a good idea to have a coiled anaconda decorating your face.

For women, tattoos appear to signal something particularly strange to a certain class of man (and when I say ‘certain class,’ what I really mean is the kind of man who thinks shouting the phrase ‘show me your boobs’ is a genuine romantic overture).

According to an article in The Globe and Mail, French researchers recently decided to test the reactions of men, to women sporting body art, specifically their responses to women with tattoos on their lower backs.

Forget the sterile clinic and shapeless lab wear, the French researchers put their unusually attractive female subjects in bikinis and followed them to the beach, where the women lay on their stomachs, reading. They subsequently left, then returned to the beach, this time wearing temporary ink on their lower backs, which seemingly caused the men in their vicinity to approach them faster and more readily than before.

When questioned, the men admitted that the sight of a lower-back tattoo was a heartening one — apparently, they assumed that a tattooed woman is more likely to have sex with them than a woman with virgin skin. Makes you wonder what they would conclude if they spotted Kat Von D heading for the library in a sundress.

Trying to decide how best to apply this information is another matter entirely. (Suddenly I understand the appeal of a sarong.) I guess the takeaway here is that if you are wearing a bikini and sporting a lower-back tattoo and you are approached by a strange man on the beach asking you out on a date, he’s probably not interested in what you’re reading, unless it happens to be Fifty Shades of Grey.

Tell us, do you think women with tattoos are treated differently because of it?