How to fight fair and enrich your relationship

Are your arguments more like a debate or a cage match? Follow these three techniques to make yourself, your partner and your kids happier by fighting the right way. 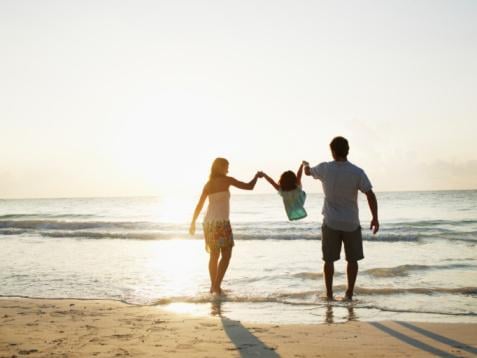 Most of us learn how to fight from watching other people do it — usually our parents. And while we can’t always blame others for our own faults, being disagreeable is actually a learned behaviour. Kids who witness selfish and unhealthy arguments at home are much more likely to initiate disagreement or use anger to resolve problems in their own lives, and children who are surrounded by constant arguing often suffer from a lowered self-image and are more likely to have difficulties in school and in other social situations.

But the answer isn’t in not fighting — after all, conflicts will arise. But the important thing is to fight the right way. How do you do that?

1. Fight fair, and listen for the bell
No relationship is perfect, and every couple argues. However it’s important to realize when our fighting has reached an unhealthy stage. What are the signs? When name calling, insults, and physical anger enter the scene, it’s time to ring the bell and head to your separate corners.

When your words are being thrown out simply with the intent to hurt, then you’ve crossed the line into unhealthy fighting. For example, if you can’t communicate your anger about the fact that your partner has failed to help with the household chores the day before your mother-in-law visits without calling him “useless and lazy” or highlighting his “momma’s boy tendencies,” then you aren’t fighting fair.

It’s also important to drop the words never, always, right and wrong from your fighting repertoire. Any time we group our relationship or partner into these categories, we are labelling it as black or white and unchangeable.

2. Check your ego at the door
Yes, we all want to be right — it feels good, and it strokes the ego. That being said, if you are constantly fighting to win, you are putting your need to be right ahead of your relationship and your partner’s feelings. The short feeling of vindication you get when you’re “right” pales in comparison to the feeling of being in a healthy, stable relationship, where you are both communicating openly and honestly, and growing together because of it. Next time you are in a heated debate ask yourself if you are fighting to win, or fighting for the relationship.

The right way to confront disagreements is by speaking in an non-confrontational manner. To do this, start by sharing an emotion, then share the thoughts that inspired those feelings. Next share a fact you know to be true, and finally state what you want.

For example, bad communication would look something like, “You are so inconsiderate! You never call when you’re late. I rang you three times but you were obviously too busy with your friends to answer.” Good communication would look something like, “I feel sick to my stomach and worried when I don’t hear from you late at night. I tried to call you three times but you didn’t answer. I would like it if you could check in with me when you’re going to be late so I don’t worry as much.”

Only by taking responsibility for our reactions will we minimize arguments and teach our children how to fight fair. After all, we all want our children to be successful in life, and sore losers and name callers never do well on the playground.