Stop resenting your partner by putting down the mop

While men have taken on many domestic duties in the last 30 years, a recent study finds housework is not one of them. 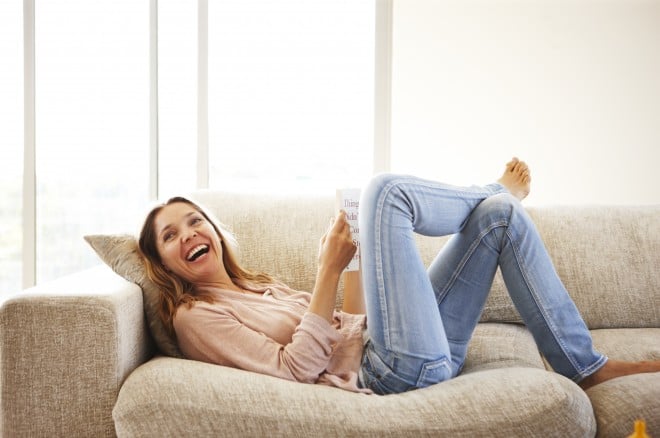 Here’s a provocative idea to mull over this season as you’re running around trying to cook and clean and wondering why your beloved isn’t bothered by the fact that the house is a complete mess and guests will be arriving in three hours. Instead of losing it, put down the window cleaner and the paper towel and walk away.

Stephen Marche, in an Op-Ed for The New York Times, says save your sanity, and your marriage, by giving up on clean bed sheets, a tidy kitchen and a smudge-free bathroom mirror.

Marche cites the discouraging realities of modern domestic life as the primary reason women may want to give up on the dream that men will one day  roll up their sleeves and scour the bathtub.

Women are working in vast numbers, but men aren’t pitching in around the house anymore than they did 30 years ago.

“Women today make up 40 percent of America’s sole or primary breadwinners for families with children under 18, a share that has quadrupled since 1960. And yet in America as well as in several other countries in the developed world, men’s time investment in housework has not significantly altered in nearly 30 years,” he writes.

Some stats suggest that it may even be declining.

Marche is not unsympathetic to the plight of women, particularly those working and caring for families. He is trying to be realistic, though. The statistics don’t indicate that men are going to become domestic gods anytime soon. Consequently, he’s proffering women a solution: lose the domestic goddess role and settle for being human.

Many women already are, he says.

“According to a 2000 study by University of Maryland sociologists, time-diary data from American adults show that the number of hours spent on domestic labour, not including child care or shopping, has declined steadily since 1965. This finding is mainly due to declines among women, both those with jobs and those without jobs. They have cut their housework hours almost in half since the 1960s.”

Trimming the fat on a woman’s already epic to-do list isn’t the most equitable solution to the domestic war, but for some it may be just what the doctor ordered.

While I admire Marche’s contrary approach, I know that I will continue to do the bulk of the cleaning, and not because I want to; because I have to.  If I could turn off my need to tidy the kitchen before bed I would. But I can’t because it’s a prerequisite for me, like clean bed sheets and a clean bathtub. A hot bath in a clean tub won’t solve any domestic dramas, but the idea of sitting dejected in a dirty one feels too much like defeat.

Do you do most of the cleaning in your house? Tell us in the comment section below.