Want a lasting marriage? Then don't marry for love

One expert explains why making a marriage work may come down to more than just love. 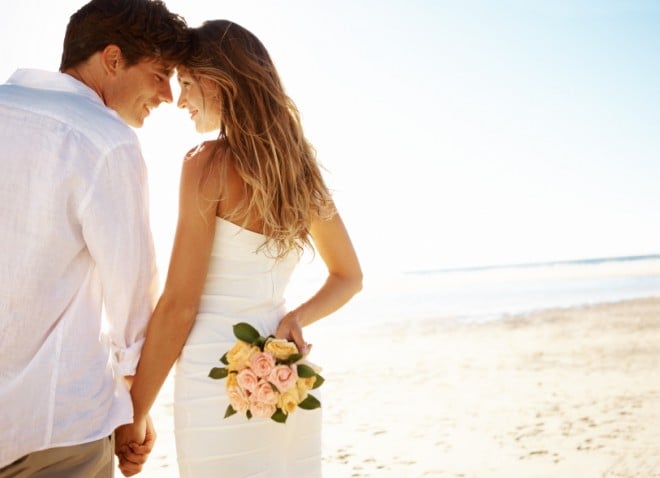 Find out how marrying for more than just love can make your relationship last (Photo iStock).

Get married; just don’t do it for love. That may sound like sacrilege to our love-centric worldview, but that’s the argument put forward by divorce expert Susan Pease Gadoua in an article for Psychology Today.

Gadoua suggests that we’ve taken our infatuation with love too far in our personal lives. In our quest for achieving an ideal vision of love and romance — an ideal that’s fed by romance novels and Hollywood films — we may have unintentionally weakened the institution of marriage.

Romance is largely a historical development, she argues, a kind of social trend that reached its zenith during The Victorian Era and that’s only grown in popularity since.

Before that shift in perspective “divorce was incredibly rare”, she writes. “But when love entered the picture as the reason to marry, dissolutions became more commonplace.”

How many people have married for love only to divorce in anger? Canada’s divorce rate hovers around 40 percent so it’s fair to say that a significant number of lovers will not be able to maintain their vow to live together until death.

But does the fault lie in the ideal of love?

It would be a lot easier to blame our cultural preoccupations for the breakdown of commitment. But that would be far too simple. Relationships thrive or implode for various reasons. Infidelity, incompatibility, abuse, betrayal — take your pick.

Gadoua isn’t saying that idealism has no place in marriage, however. What she’s saying is that love and romance aren’t the only things that hold a union together.

“People whose primary reason to marry is other than love — such as to have children with someone they believed would be a good co-parent, to have financial security, or for companionship — generally have longer and perhaps better marriages because their choices are made for a defined purpose.”

I’m not entirely convinced that these unions trump those that marry solely because they’re in love and want to be together. Kids bring a whole new level of conflict to a relationship.

But what is clear is that marriage demands more from the people involved than chocolates and roses. It demands a will to persevere when the going gets tough. Though chocolate and roses never hurt either.

Do you agree with this idea? Tell us in the comment section below.