How women and men dream differently

Think you can guess which gender has nightmares about murder and which about war? Read on to find out what weighs in our subconscious. 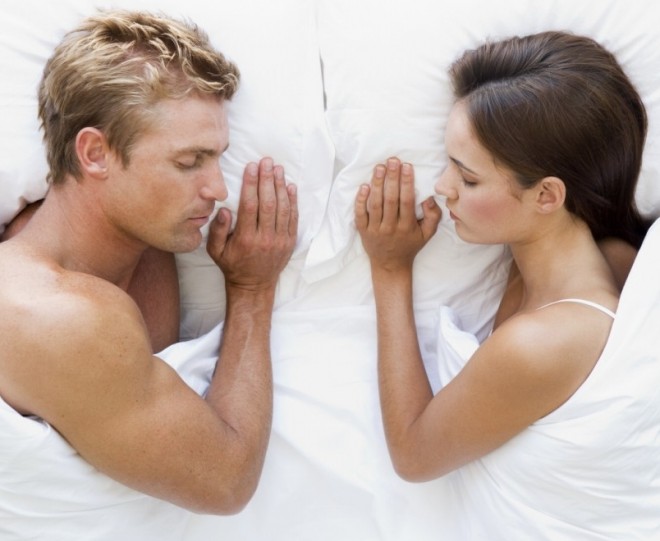 Don’t be surprised tonight to find yourself arguing with Paul Rudd about his affair with your best friend in your dreams even as your husband is battling alongside Jason Statham to put out a big fire in his sleep.

According to an article in the Daily Mail, which reported on a recent University of Montreal study, it seems that men dream in action flicks and women dream in romcoms — or more precisely, women tend to have nightmares about interpersonal conflicts while men are tormented by disasters.

Lying, infidelities, arguing — this is the stuff of female nightmares, along with the usual frightening suspects, murder, kidnapping, illness, death.

Men, on the other hand, have nightmares about war, fires, floods, insect infestations — yes, a plague of locusts seems to weigh heavily on the sleeping male’s subconscious for reasons so elusive they invite their own separate study.

The Montreal study involved 300 participants of both sexes who were asked to record their dreams and nightmares over a five-week period.

While both men and women reported having nightmares about an “evil presence” that catapulted them into terrified awakening, men were twice as likely as women to focus on traditional disaster scenarios.

Study leaders posited that women might be more inclined to have nightmares about interpersonal turmoil because they are more emotionally upset by such conflicts than men.

Apparently while her sleep is interrupted by thoughts of affairs or betrayals or domestic discord, he is worrying about how to keep the world safe from advancing insect hordes.

Whatever is keeping you up at night, a city on fire or a fight with your boyfriend, nightmares can have a serious effect on your overall health say the Montreal researchers, for the ways in which they affect quality and quantity of sleep.

People who suffer from frequent nightmares are often reluctant to sleep — possibly the only thing worse is the waking nightmare for men of having to sit through There’s Something About Polly and for women it’s Vin Diesel on a loop.