Heartbreak 101: Seven uplifting ways to move on after a breakup

The authors of 'Dumped' give us their tips for moving on, and having fun, at the end of a relationship. 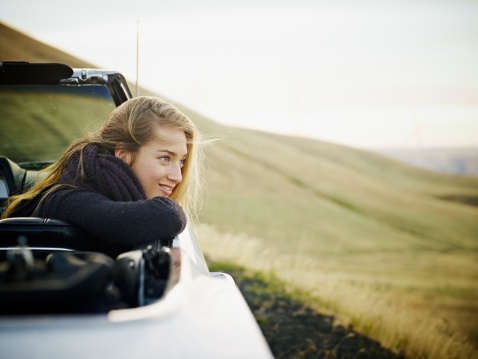 Love hurts. But a breakup — a breakup can wound. How do we stanch the internal bleeding and recoup our former strength after such a blow? What over-the-counter painkiller will take away the pain of seeing your ex happy with a new love? And do Ben & Jerry make an ice cream-based version of this magical elixir?

Such questions plague the brokenhearted. Sadly, the answers to this all-too-common dilemma remain elusive. Mostly.

Enter Caryn Beth Rosenthal and Maryjane Fahey. The ladies know the ins and outs of heartbreak all too well. After both of their long-term relationships individually fell apart, the wisecracking twosome decided to share what they learned.

The result is their new book Dumped: A Grown-Up Guide to Getting’ Off Your Ass and Getting Over Your Ex in Record Time, a sassy, fun and emotionally honest prescription for healing a broken heart.

Here are seven tips for moving on from Rosenthal and Fahey:

1. Go ahead and cry…but do some thinking too
You’re going to be upset after you’ve had your heart broken, and that’s natural, even healthy.

“At least the first month, you have to kind of give into it. I wrote a journal a lot. I got a lot out of my system,” says Fahey, of the mourning process that occurred after her long-term relationship ended.

Fahey considers this “introspection period” a pivotal part of the healing process because she didn’t just mope around; she sought to understand the true source of her grief. “I realized that I was afraid to be alone again,” she admits.

Instead of giving into the fear, Fahey chose a different emotion to embrace: joy.

2. Be kind to yourself
Take care of yourself, say the authors who feel so strongly about the transformative power of being self-nurturing that they devoted a whole chapter to the topic in Dumped. Their advice: “do whatever it takes to make you feel good emotionally and physically.”

That may mean booking a spa day, or taking a vacation. It may mean radically altering the way you eat, or live, or finally ditching some toxic personal habits (or people).

Or it may mean you simply stop beating yourself up for not being perfect. Once you forgive yourself, let your ex off the hook, too, says Rosenthal. Not because he deserves it but because you do. “We’ll hate him for you” says Rosenthal

3. Do what you want to do
“Say ‘yes’ to everything that you think might be fun but that you’re too afraid or too lazy to do,” write Rosenthal and Fahey. Rosenthal credits that advice with changing her life completely.

Fun — having as much of it as possible — is a surefire means of getting all of those happy, creative chemicals pumping in your body again. Reclaiming control over your happiness is the easiest way to feel you’re “driving the bus,” says Rosenthal. Another way to look at it is choosing to be joyful rather than sad: being joyful puts the F-U in fun.

4. Gratitude is a health tonic
Don’t think of yourself as a tragic victim after a bust-up, says Fahey. Instead, find a new beginning in the end of a love affair.

Think of yourself as really in the midst of a change in life and [see it] as an opportunity. If you get that in your brain you’ll look at it all differently,” says Fahey.

5. Forget about closure
“It’s a bulls-it word, closure,” says Rosenthal with signature candor. Stop running over the relationship’s failures and successes in your head. And stop hoping your ex will tell you what you want to hear because he won’t. Ever.

“We all want to write scripts about what our ex-boyfriend’s should say,” says Fahey. “But it’s not that way in life.” Face up to the truth about your interest in closure. “Closure is another way of begging him to love you,” says Fahey.

For Rosenthal, the wiser approach is to “work on yourself.” She says make yourself happy; don’t surrender that fundamental right to control your emotional health to an emotionally unavailable ex. Closure is “going to happen…when you have got your joy back,” says Rosenthal.

6. Raise your standards
The positive side of heartbreak: now you know what you don’t want and now you know how you want to be treated by the person you trust with your heart.

Bear those lessons in mind going forward, and for the love of Pete raise your standards when it comes to men, say the ladies.

You don’t need to ask all potential suitors to fill out a questionnaire. You just need to “really listen” says Rosenthal. She shares that she recently went out on a date with a man and paid close attention to the messages he was sending about himself both in word and deed.

“I really listened and watched and I noticed that he didn’t treat me with the respect I really deserved,” she says. “When you listen you are already raising your standards,” she says. “You’re not putting up with bulls–t.”

7. The clock is ticking…
But it’s not the biological clock. It’s your life clock, say the ladies. “While you’re all busy worrying about getting married your life is happening,” says Rosenthal. “It’s a shame that women have to be agenda girls. When you’re an agenda girl you miss out on the detours. And the detours are where the most wonderful things can happen.”

What’s helped you get over a breakup?

For more tips on how to mend a broken heart read this.