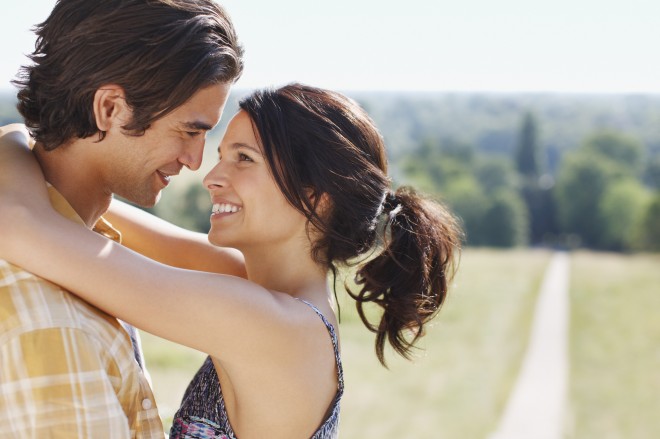 Here are eight tips for making love last from love and relationships expert Gay Hendricks. Founder of the Hendricks Institute in California, Hendricks is GOOP-approved by Gwyneth Paltrow herself and is co-author of the self-help manual Conscious Loving.

1. Know what you want
Funny thing about relationships: People often enter into them with no clear idea of what they want from a mate, says Hendricks. It’s only after the fireworks have cooled that people start making demands of one another—cue the smashing plates and angry words.

“Almost nobody puts any thought, not even 10 seconds into what they want out of a relationship,” says Hendricks. “And because they haven’t done that they run their love life off of old programs—adaptive programs from childhood.”

Improve your love relationship by recognizing what it is you want from a romantic connection, period. Hendricks offers a simple exercise for rooting out your deepest love desires: establish three must-haves in a relationship/mate and three qualities you will not accept.

2. Relationships are fun! Seriously.
Stop thinking that relationships are hard work, says Hendricks, who along with his wife Katie, also a relationship therapist, is on a personal mission to change the script when it comes to the way we talk about love and connection.

Substitute the all-too-common “relationships are hard work” metaphor (because who likes work?) says Hendricks, for the more creative, joyful idea that ‘love can be fun.’ The change in vocabulary puts fun back in the household and leaves work where it belongs—at the office.

3. Commit fully.
All of the ‘he said/she said’ bickering that characterizes troubled unions often derives from the fact that one or both partners aren’t fully committed to the relationship.

If you’re fighting commitment, you’re fighting against the health of your relationship so wave the white flag and start to see your partner as an ally in a shared goal: keeping the love alive.

4. Open up.
Hendricks urges couples to share their feelings rather than repress them—basically to stop saying ‘nothing’ through gritted teeth when your partner asks ‘what’s wrong?’

“If you’re always hiding your feelings it’s not a real relationship because the real you isn’t present,” he explains. “And if your partner is always hiding behind a wall … that throws a monkey wrench into the intimacy. Then [the interaction] becomes not a relationship but an entanglement.”

5. Be true to your mistakes.
Smart partners own up to one another when they’ve made a mistake. “The couples that really last a long time are couples who are very good about keeping their agreements with each other,” says Hendricks.

Those agreements cover a lot of territory: from promising your spouse that you’ll be home in time for dinner to remaining faithful. “You have to confess to breaking the agreement—a lot of people have a hard time admitting that they were wrong,” says Hendricks.

6. Don’t point fingers at one another—join hands.
If your partner has confessed a fault, however, that doesn’t give you the right to punish them endlessly for their transgression—at least not if you want the relationship to endure.

“One of the biggest problems in a relationship is blame. In fact, in many studies blame and chronic criticism is the number one reason people give when they leave a relationship,” says Hendricks.

How can couples stop playing the blame game? Lose the (convenient) divisions of “wrongdoer” and “victim” that fuel divisions and instead “take responsibility for the thing that [you’re] blaming each other about,” advises Hendricks.

7. Say five nice things for every not-so nice thing.
If you say something negative to your mate make sure you balance it out by saying five different positive things, e.g, ‘Dinner was delicious,” “Thanks for washing my car” or “You look pretty today.”

The five to one ratio isn’t a random number. Hendricks cites a study that found that good relationships possess a “five to one relationship between appreciations and negative utterances. Whereas in divorcing couples there’s a one to one for any positive thing there’s about one negative thing.”

8. Affection matters.
It sounds counter-intuitive, but to put the fire back in the relationship, amp up the amount of affectionate, non-sexual touching: the hand-holding, hugs, shoulder squeezes, says Hendricks who says the most common complaint he hears from women is ‘he only touches me when he wants to have sex’.

“What that’s really saying is that non-sexual physical affection has dropped out of the relationship,” says Hendricks.

TLC without S-E-X is an investment in an “intimacy savings account,” says Hendricks. Drop a toonie into the savings account more often gentlemen and watch the interest accrue over time.