Is submissiveness what it takes to have a happy marriage?

Candace Cameron Bure explains why she takes on a 'submissive role' with her husband. 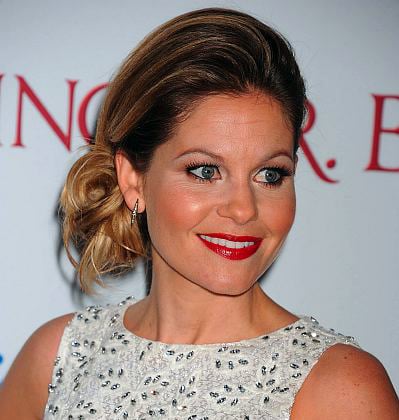 I can’t quite figure out why any adult would ever want to use the term ‘submissive’ to describe their approach to marriage and/or commitment, let alone advocate the benefits of adopting such a stance. But the term keeps cropping up and surprisingly it’s coming out of the mouths of a few female celebs.

Last year model, and former pro volleyball player, Gabrielle Reece provoked comment when she discussed her approach to marriage with surfer Laird Hamilton. Then promoting her book, Reece discussed her decision to take on a more submissive role with her partner, a choice she characterized as assuming a more “feminine” role.

Now it’s former child star Candace Cameron Bure, of Full House fame, that’s taken up the cause. In her new book, Balancing It All: My Story of Juggling Priorities and Purpose, she talks about her  “submissive role” to her husband, former hockey star Valeri Bure.

During a recent appearance she stated that she takes her definition of submissive from the Bible. “…it is meekness, it is not weakness. It is strength under control, it is bridled strength. And that’s what I choose to have in my marriage,” she explained.

Calling her husband a “natural born leader” Cameron Bure goes on to indicate that while she has the right to an opinion in her marriage she doesn’t possess the power of veto. Her husband has the final say.

Her reason for playing junior partner to her hubby: it’s easier that way.

“It is very difficult to have two heads of authority,” she explained.

I’ll assume that Cameron Bure’s desire to be meek and submissive is her own choice. But her reasoning is far more persuasive an argument against going meek than she might imagine. Such a dynamic has got to take a significant toll on a woman too.

It’s my experience that, in an adult relationship, two heads of authority are infinitely wiser than one.

What are you thoughts on submissiveness in a relationship? Tell us in the comment  below.