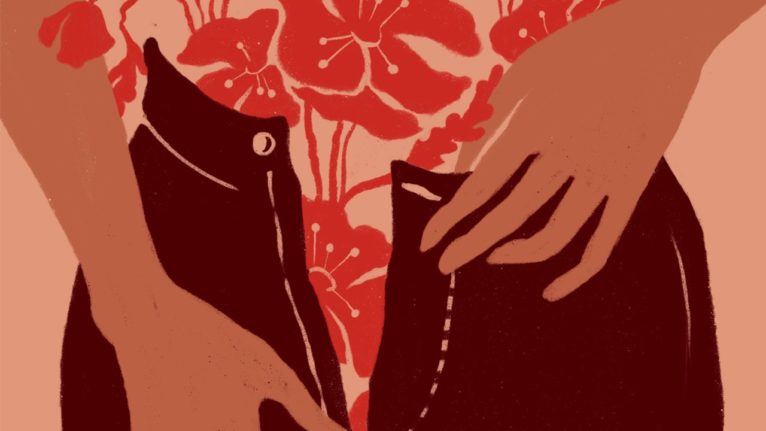 Dating at any stage of life can be a tricky feat, but dating during perimenopause or menopause brings a new host of must-haves and need-to-knows between you and your potential partner. How does menopause impact romantic relationships? What tools can you use to keep your sex life hot and spicy? And what if you realize you don’t want a partnership at all? Here are three women sharing their experiences of love, sex, and menopause.

“I learned to nourish myself” —Sandra, 53

Dating right now just doesn’t hold enough value for me to put that energy into it. I’ve put it in a place where, if something happens, that’s great—but I’m not actively dating.

I haven’t had any physical, sexual partners since menopause started, partly because of the physical changes—I just didn’t feel like engaging in it. And the other part of it is this fear of realizing what real intimacy means, and not being ready for that. Being so upfront about my body and my needs is just not part of my vocabulary. I think about my friends’ kids who are in their 20s, and they’re so upfront! I’ve never had that throw-it-all-out-on-the-table sexual power— and when you get older, what you’re throwing out on the table increases. So I just don’t feel like I have the emotional strength.

During menopause, you start to realize the value of really good support, engaged relationships and recognizing what’s important to you. At 50, you realize you’ve likely lived half your life! So all of that plus the hormonal and physical changes create a lot of things to consider. And when I see people in relationships where I realize they aren’t supported in a nourishing way, I think, “Well, I can nourish myself, and I have friends where we have chosen each other and they nourish me,” and I can’t imagine being in a relationship where that isn’t a really strong value.

I was in the middle of a relationship with a gentleman when I started experiencing menopausal symptoms like dryness. I had never, ever had that problem before; it got to the point where, for him, it was very uncomfortable. I totally felt like shit! I didn’t want to hurt him, and I kept apologizing to let him know it wasn’t him. And it created such a problem for us.

My drive would be there, but my physical reaction was just totally different. Emotionally, I was really upset and felt like I was broken. I didn’t feel like I had anywhere to go for support, because my friends weren’t in that same position, so I wouldn’t talk about it. I started reading everything. I researched so many different things for us to try. We used all kinds of lubrication and I tried different herbal supplements, but nothing really worked. I think it was part of the downfall of our relationship, because once we’d get to that point, we would both just be anxious. It was painful for him, and it was painful for me to know that it was painful for him. I couldn’t enjoy anything because I was too focused on all of it. Ultimately, he did step outside of our relationship and do something with someone else. That really hurt me.

Funnily enough, I have since started dating someone else and didn’t have the dryness issue at all. I brought it up with my doctor, and she explained that that’s how our bodies are, and how the perimenopausal phase can be. The best takeaway was that I was in fact not broken. This is all just a new process of learning how to work with your body as it changes, while being kind to yourself in the process.

“Information was a game-changer” —Renee, 62

I started menopause quite early, in my early-mid 40s. I had a steady boyfriend at the time, and I felt the gradual symptoms coming on. I knew it was menopause, but back then there was no information from a modern woman’s perspective. Anyone older, like my mother or aunts, just went on hormone replacement, so they didn’t feel much. They weren’t much help, and it was a huge disappointment that no one was really talking about it.

I do enjoy sex and want to continue to do so because I’m a very youthful 63, and I don’t want to let it go. In that last relationship, sex was a bitch but a few things helped me. Pilates workouts helped with my pelvic floor, and kegels were important. I also got some advice to try a silicone-based lubricant because it would be much longer-lasting than a water-based lubricant. I found one with as few chemical additives as possible, and it was like a miracle. The lube and exercises were game-changers. My boyfriend at the time was very loving and caring and would accommodate, but at the same time, I felt like I didn’t want to put that burden on somebody else—that typical female reaction of putting others’ feelings before mine.

It’s important to remember that sex will be different during menopause, and a lot of discussions around intimacy need to happen. I’ve found that men are not that comfortable talking about it, so they need to be educated on it as well, and the ways in which women need to be cared for even more lovingly.

Since the end of that earlier relationship, my sex life has been great. But navigating the dating world as an older woman who is very picky? Not so great. I’m not too concerned though, because I’m not craving a relationship so badly—and I’ve found various romantic and platonic relationships to give me the connections I’m looking for. Don’t get me wrong—I adore men! I just wish there were more that were adorable.