Doing weekly Taxol since last August, our ovarian cancer blogger Elana Waldman shares with us the diagnoses she most recently received. 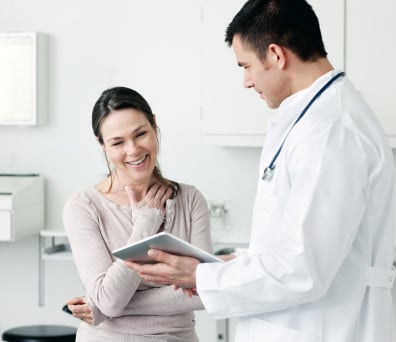 So it’s been a while since I have had an update on treatment because I have been doing the weekly Taxol since August. But, all good things must come to an end. My numbers hit a plateau a few weeks ago and then started to rise. The Taxol was no longer working. I had a CT scan a couple of weeks ago and it showed some small growth in some of my tumours.

Needless to say this news was not well received. I was really hoping to get a year out of the Taxol and to last through this summer. This treatment failure also hit me particularly hard because I had always thought of weekly Taxol as the chemo of last resort. Whenever I was researching treatment options or moving on to different kinds of chemo, I would always say to Mark, “Well, if this doesn’t work then I can always do weekly Taxol.” So, what do you do when your last resort fails?

I have to be honest and say that I hit a new low during the last couple of weeks. I became quite morbid. Of course, the only person who knew what was going on was Mark and so he had to bear the brunt of my mood swings, morbidity and anger. I didn’t want to share the news with anyone else until I had a plan of action. There are several reasons for this – first, I don’t want to upset people if I don’t have to. Second, I know that once I speak with my doctor and get a plan I always feel better. Third, if the Taxol had truly been my last resort, there was no need to hasten the news. We would get there soon enough.

So, my poor husband had to deal with this news on his own and had to deal with me – no easy feat. We’re fixing our house (which was infested with mould) and every time a decision had to be made I would refuse to give my opinion saying it didn’t matter because it was going to be his house in any event. I just want to take this time to apologize to him and to say how truly amazing he is for handling my craziness with such calm.

Anyhow, so I met with my doctor this past week and of course came out of that meeting feeling much better. There are options. Weekly Taxol was not the last resort. The reality is that my options are more limited now – I have had a lot of treatments and have gone through a lot of drugs. However, there are still more out there and there are other options to try — thank God!

So, I’m going to meet with the clinical trials phase one team next week. We will see if there are any phase one trials that make sense for me to try. They’re truly experimental because they have not yet even figured out safety and efficacy of the dosage relative to side effects but they are also the most cutting edge because it is truly the newest research being put to the test. If there are no trials that make sense right now, I will go back on a drug called Caelyx. I have done this drug twice before as part of my second and third lines of chemo. I tolerate it well and we know that it is effective. I will do it on its own rather than in combination with something else though. It is a known entity and the good thing is that if I do decide to do a trial, Caelyx is always there to try if the trial doesn’t work.

I will let you know what happens after I meet with the phase one team. I’m hoping they have some kind of immuno-therapy trial that I can try. We’ll see what they say. The good news is that my hope is restored. While I remain realistic about my disease, the fact is that I have already beat the odds — why shouldn’t I continue? Someone has to make up that statistic of survivors — I say, let it be me.