Chocolate is known as a mood booster - but spending the afternoon in the kitchen with my mother for the first time since I was a child proved to be an even greater enticement of happiness. 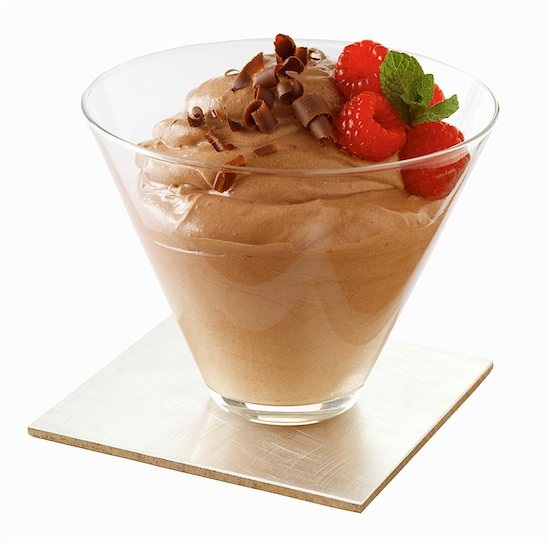 I have never made chocolate mousse before – it’s yet another step in my bid to entice happiness by trying new things – even though it is one of my mother’s favourite desserts and made a regular appearance during my childhood. In fact, I’ve never really allowed my mother to teach me how to make anything, despite the fact that she is a trained chef. I have some stored culinary memory, from the years I would sit on the kitchen counter while my mother cooked away for dinner parties – but mostly, I was begging for scraps.

My mother appears, loaded down with packages and supplies. This is typical; she rarely appears not bearing gifts. (Many of her presents are chocolate related. When I was in university in Montreal, she used to send me small boxes of truffles on a Greyhound bus just so I could have a little something special.)

We quickly get to work. My mother has never cooked in my tiny kitchen before and seems baffled by my lack of supplies. “Do you have a spatula?” she asks. I shrug and start riffling through a drawer. “Oh!” I exclaim triumphantly. “I do!” I hold up the small, dusty spatula and she eyes it warily. “I’m really hoping to meet a man who cooks,” I say, in way of an explanation. “Yes,” she says. “That would probably be best for everyone.”

My mother proves to be a master improviser, transforming the base of my coffee pot and a small bowl into a double boiler. She shows me how to melt the chocolate without letting it burn, how to whisk egg whites into frothy peaks and how to create the perfect whipped cream from scratch. We add a little Grand Marnier to the cream, and begin to fold everything into the chocolate until we have the most perfect, fluffiest, lightest dark chocolate mousse. It takes little more than 30 minutes and I am thrilled.

Throughout, my mother is patient but insistent that we do things right. It’s lovely to see her in her element – so knowledgeable and completely in charge. She good naturedly accuses me of taking secret nips of the Grand Marnier, and tells me stories I’ve never heard before about how she learned to cook at the Cordon Bleu in London.

This was one of the best and happiest afternoons I’ve had with my mum in a really long time. I had never made chocolate mousse before, but – more importantly – I had also never asked my mother to show me what she’s so good at. As young women, we’re often too quick to dismiss our mothers; we spend years stretching and fighting to avoid being too much like them. Now, a little older and more confident, I’m more ready to learn from my mother – and realizing how much she has to teach me.

We’re both off on series of trips over the next six or so months – wanderlust runs in the family – but when we both return and settle again for any period of time, I’ve asked my mother to start coming over every week to teach me what she knows about cooking. And in return, I’ve promised to finally invest in a decent set of mixing bowls.

In a separate bowl, beat one egg white until it forms firm peaks. You should be able to turn the bowl over (quickly) without the contents spilling. Should be light and frothy looking. Stir the chocolate.

In another bowl, whisk whipping cream to the same consistency as the eggs. Add the Grand Marnier to the cream. Stir the chocolate.

When the chocolate has cooled slightly, take a tablespoon of the egg and add it to the chocolate, gently folding it in. (NOTE: If the saucepan/bowl you’ve heated the chocolate in isn’t big enough to accommodate the chocolate, egg and cream, you’ll have to transfer the chocolate to another bowl.) Next, gently fold in the rest of the egg, and then repeat this process with the cream. Don’t over mix – a few streaks of white won’t cause any harm and it’s better than mixing the air out.

Gently spoon the mixture into individual bowls or glasses and allow to set in the fridge. Garnish the top with more whipping cream, grated chocolate or orange zest.