The doctor said, “You don’t have a uterus”

Chloe* was 22 years old when she was diagnosed with MRKH syndrome. She finally understood why she never got her period, and was forced to contemplate the future. Years later, she reflects on the effect it’s had on her life. 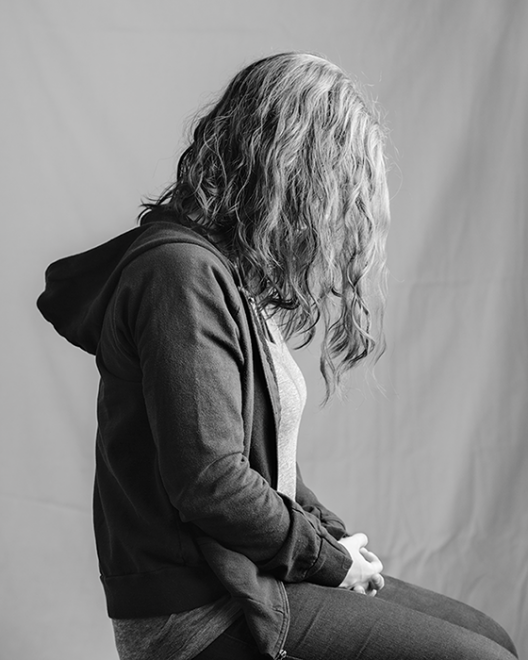 I was 16 and hadn’t yet started my period. When I told this to my doctor, he referred me to a gynecologist, who sent me for an ultrasound — but I never went back for the follow-up appointment and the doctor never called. My mom was unaware of all of it, so she wasn’t asking me how it turned out. I just put the whole thing out of my mind. Instead of acknowledging that it was potentially this big, scary thing, it was easier to tell myself, “No, this is awesome — I’m just a lucky person who doesn’t have a period. I don’t have to buy tampons!”

I had a very conservative upbringing and, at the time, I wasn’t having sex. This continued through university, so it was easy to never think about why I wasn’t having a period and to ignore anything to do with my vagina.

When I was 22, I went back to my hometown and saw my old doctor, who looked through my chart, with the results of that first ultrasound I’d had at 16, and casually said, “Oh, right. You don’t have a uterus.” He assumed I knew. I was freaked out, but I just let it pass and didn’t say anything. I didn’t want to make the doctor feel bad. It felt easier to just pretend that I was in the know.

I went to see a gynecologist who did a pelvic exam and found that I also have almost no vaginal canal — it’s only about a centimetre and a half long. She diagnosed me with Mayer-Rokitansky-Kuster-Hauser syndrome, otherwise known as MRKH (meaning the uterus and/or vaginal canal is either absent or underdeveloped). About one in every 5,000 female babies is born with MRKH. The gynecologist had never seen a case in person. She was so excited, she actually clapped her hands. I just lay there, traumatized.

I went to a specialist who confirmed the diagnosis and told me that with the uterus, there’s basically nothing they can do. There have been some experimental uterine transplants, but the first one in the United States was performed only this year, and it’s never been done in Canada. I have ovaries and eggs, so if I end up wanting a biological child, surrogacy could be an option, if I can afford it.

Related: Why do uterus transplants make us feel weird?

Since my diagnosis a few years ago, I haven’t told many people — only a couple of close friends. Even my roommate doesn’t know. It just rarely seems like a good time to bring it up. But it’s hard because, among women, uteruses and periods come up more than you’d think. I feel like I missed out on a lot of those female bonding moments. I didn’t have those “firsts” or common experiences — getting your period, having sex for the first time, a pregnancy scare. Cramps, bloating, it’s all lost on me. And I don’t know what to say in those conversations. I generally just nod along.

It’s like when you’re young and your friends are kissing boys for the first time and you don’t want them to know you haven’t done that yet. You don’t want to fabricate a whole story, but you want to make it seem like you know what they’re talking about. It’s like that for me every day in what should be really normal conversations with friends. And then there’s this guilt, because I feel like I’m lying to people all the time.

When my doctor first gave me the dilators, I just put them away and ignored them, since I still wasn’t sexually active. I just didn’t feel ready. But I recently started trying them for 20 minutes every day. At the beginning, it was really painful, like a burning sensation. It hurts less each time, but it’s emotionally draining. I resent that I have to do it. It makes me angry that I have to build this normal, private part of my own body.

The dilation process is hard to talk about with anyone. It’s a big struggle in my life right now, but it’s weird to say, “So, yeah, it really sucks because I’m so tired, but I have to go sit for half an hour and try to stretch out my vagina.” It feels so isolating. But I’d like to get to a point where it isn’t obvious to a future partner that my vagina is any different.

I’ve let go of my more rigid conservative beliefs, and I’ve gone on a few dates in the past couple of years, but never on a second date, partly because I don’t know what I would do if I started dating someone and it was progressing physically.

At what point do I bring this up? There’s no rule book for how to tell someone about this. And I have the dual issue of being a virgin well into my 20s, which is awkward enough on its own, and dealing with this other question: Physically, how is this going to work?

Lots of people can’t have biological kids. I know I’m not alone in that. But I just want to be able to date casually. I want to feel normal, and I think dating will be a big part of that.

* This is a pseudonym.

More:
Grooming your pubes? Why you might be better off ditching the razor
As a doctor, I want victims of family violence to know they can come to me
Three words to live by this holiday season: Let. It. Go