Simone Biles—the greatest gymnast of all time—showed the world that it’s not out of weakness, but necessity. 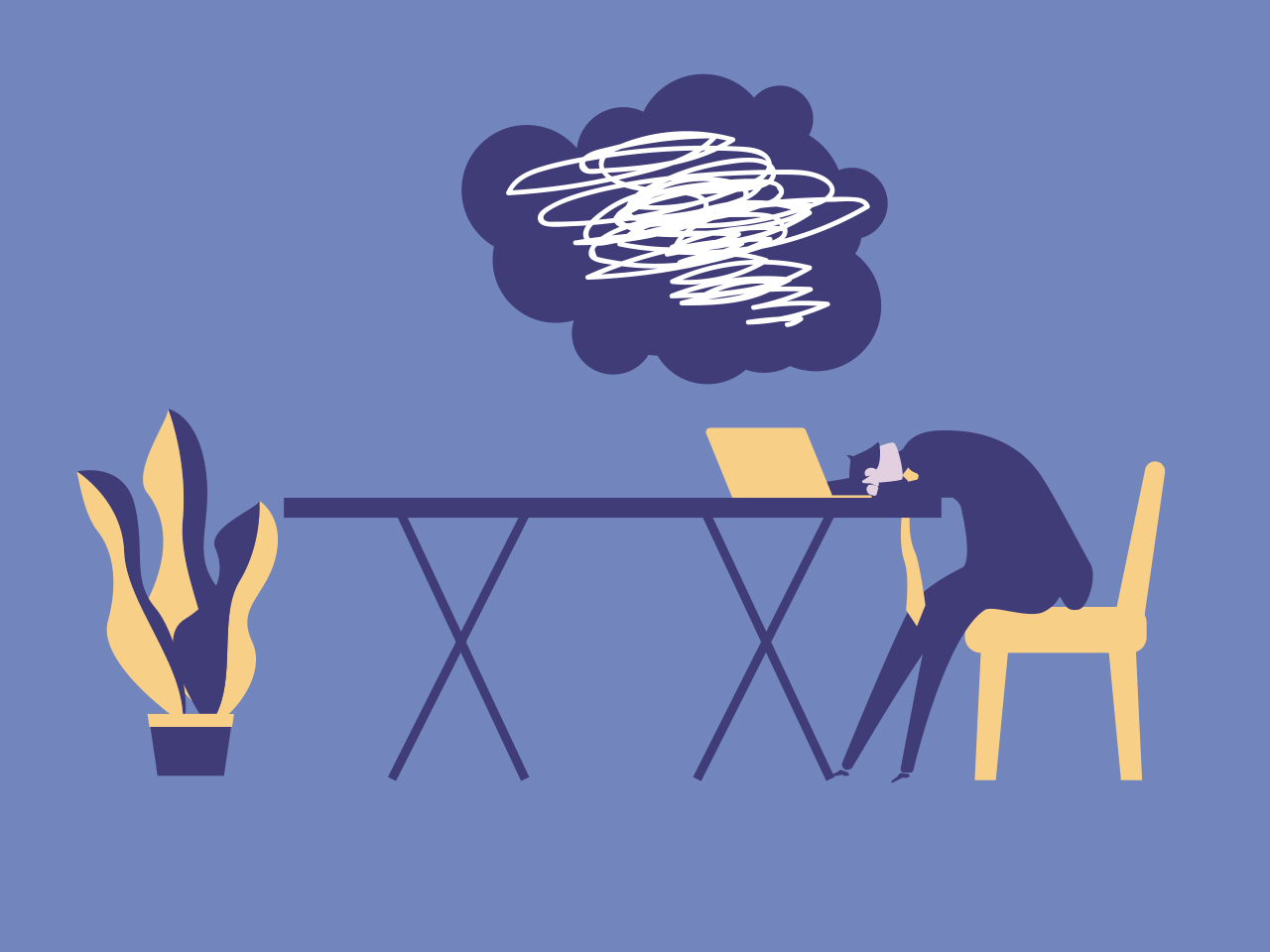 The first time I realized I was having an anxiety attack was five years ago. It was my second week at a journalism internship. I woke up with a lump in my throat and a knot in my chest, but I still went through the motions of getting ready for the day. I had been anxious throughout the internship—the pressure to be extroverted, perform well and make a good impression always in the back of my head. “Did they like me? Was I good enough? Was I doing enough?”

Little did I know that these worries had mounted and created a volcano that was ready to erupt. As I opened the door to leave my parents’ apartment, my heart started beating faster and my breaths got shorter and shorter. I felt tears streaming down my face as I reached to press the elevator button. I can’t call in sick, I thought to myself. What would I say?

I ended up telling my internship coordinator that I had a fever. This was the first of many times I’d pretend a physical ailment (the aforementioned fever, period cramps, an upset stomach) was the reason for my sick day. At the time, I felt weak and thought that my mental health wasn’t reason enough to take time off.

At the Tokyo Summer Olympics this past month, Simone Biles showed the world that putting your mental health first is anything but weak. The highly decorated U.S. gymnast withdrew from the rest of the women’s team final after the vault (one of four apparatuses she was supposed to compete on), and then from the individual all-around and her first three apparatus finals. She later said she was incredibly stressed from the immense pressure to perform and had a case of the “twisties,” a disorienting phenomenon experienced by gymnasts and divers that causes a mental block and loss of muscle memory that could result in a life-threatening injury.

As someone who experiences mental illness, I felt seen by Biles’ decision. I admired her unapologetic declaration in the face of critics calling her a selfish quitter, and the fact that she ignited a worldwide conversation about the importance of taking mental health days.

“I think having examples of individuals, and women who are strong, who excel and also struggle with their mental health will allow society to realize that it doesn’t have to be one or the other,” says Dr. Taslim Alani-Verjee, a clinical psychologist and founder of Silm Centre for Mental Health in Toronto.

Scrolling through Twitter after Biles’ decision—as people shared their own experiences with mental illness—made me feel even less alone. One standout tweet by a writer named Marisa Kabas asked people if they had ever taken a day off from work for their mental health, but pretended it was something else due to embarassment. Thousands of people responded saying they’d call in sick for nausea or the passing of multiple non-existent relatives. It all sounded very familiar.

I want to see something: Have you ever taken a day off from work for your mental health but were too embarrassed to say it, so you pretended it was something else?

But why do we feel that it’s unacceptable to take sick days for mental illnesses? Dr. Alani-Verjee says it all boils down to work culture. Many employers place too much value on the hustle, celebrating employees who start early, leave late and work on weekends—people who “go the extra mile.” “We live in a society in which pushing through is celebrated and suffering is also celebrated.”

“Hustle culture” has been ingrained in workplaces—a badge of honour placed on people who are willing to give every ounce of energy to their work, and in most cases, it’s used as an indicator for whether someone is worthy of a raise or promotion. People who experience mental illness are backed into a corner by these unhealthy standards. The fear of judgement, of being seen as unable to handle the workload and of missing out on career-changing opportunities looms over putting your mental well-being first. “It just feels safer to report physical concerns than mental concerns,” says Dr. Alani-Verjee.

Over two million Canadians suffer from mental illness. The employment rate among people with mental illness is 46 percent compared to approximately 80 percent for those who don’t have it. And more than one half of those who experience mental illness feel disadvantaged in employment because of their condition.

Dr. Alani-Verjee says the onus is on employers to change this stigma. First off, employees shouldn’t have to provide a reason for taking sick leave. In Ontario, employees are entitled to take up to three days of unpaid job-protected sick leave each year. An employer may require a medical note from a doctor, nurse or psychologist, however they cannot ask for information about the employee’s diagnosis or treatment. Similarly in B.C., employees are entitled to three days of sick leave, but must provide enough information to prove to their employer that they are ill or injured, if requested.

Employers should also educate themselves on mental illness. If you call in sick for anxiety or depression, Dr. Alani-Verjee notes—as opposed to, say, the flu—employers who are unfamiliar with mental illness may immediately assume that it’s a chronic condition, which could have a lasting impact on the way an employer perceives an employee. The stigma surrounding mental illness perpetuates this notion.

There are tools available to help workplaces create a safer environment for employees with mental illness. The Mental Health Commission of Canada provides resources to guide organizations in preventing mental distress at work. Dr. Alani-Verjee says it’s also important to have active consultation with employees affected by mental illness when implementing new policies and programs, such as free mental health benefits like counselling or sick leave requirements. She’d like to see organizations actively recruiting individuals who have lived experiences with mental illness to ensure that the workplace is more diverse.

In the end, Biles’ choice to step away to focus on her mental health did not erase the fact that she’s a four-time Olympic gold medalist. In fact, she still closed out the Olympics with a bronze in the balance beam final.

“I think this can help teach us that the state of a person’s mental health has nothing to do with their overall capacity, their skill, their drive, their intelligence, or their people skills,” says Dr. Alani-Verjee.

I realize now that despite everything that was going on in my brain and my body five years ago, I was still incredibly capable of achieving my goals, especially when I chose to put my mental health first.

If you suffer from mental illness and are in need of help, here are some nation-wide mental health resources.