Is your hairdo getting in the way of your workouts?

Hooray for the United States' surgeon general for saying it’s okay for women to have bad hair days. For once, I’m not being sarcastic. I really like this message because I’ve heard that excuse before. Actually, I’ve experienced it before. 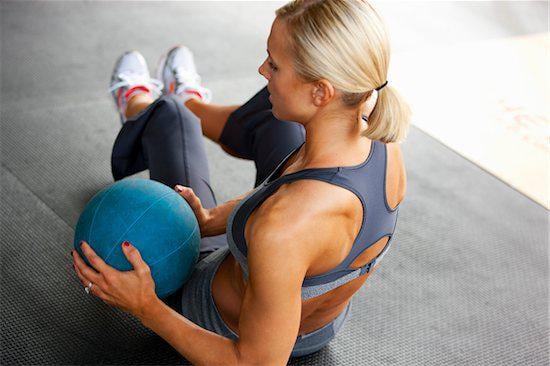 Hooray for the United States’ surgeon general for saying it’s okay for women to have bad hair days. For once, I’m not being sarcastic. I really like this message because I’ve heard that excuse before. Actually, I’ve experienced it before.

Many women — and some men — don’t want to get sweaty because it’s going to mess up their hair. It can also be a major pain to factor in an aerobic workout when you need to worry about its effect on your makeup and the way you smell afterward. Cramming in all the necessary personal grooming so you can head back to the office after a lunch-time workout can seriously cut your exercise session short — almost to the point where you wonder if it’s worth the effort at all.

My solution to this problem was to get a buzz cut, but I doubt most Chatelaine readers would find that appealing. However, there are other options.

The first is to choose to exercise first thing in the morning. Last spring in my LA Times column I wrote about how people who exercise early in the day have the highest adherence rates. The day hasn’t heaped a bunch of stress on them yet, making them want to hit the bar instead of the gym on the way home from work.

The great thing about the early morning workout is that you can do all your necessary grooming immediately after you’re done, and be set for the rest of the day.

Another suggestion I have is to engage in exercises that are still physically beneficial, but don’t cause as much sweating. For years when I worked in an office, my noon-time workout was weightlifting. Although I gave it a solid effort, I never sweat enough to require a shower afterward. I just reapplied the antiperspirant and headed back to work. No one ever complained, but if I’d gone for a run and not showered I probably would have been sent home.

You can also decide to leave the aerobic sessions for later in the evening, but be forewarned about the negative impact this can have on motivation. The later in the day you push your exercise sessions, the more likely you are to bail out.

Finally, consider going lower maintenance. What do you consider sexier: someone perfectly made-up with awesome hair and a less-than-fit body, or a muscular, trim and healthy physique with less effort on tweaking face and hair?

Do you have any tips for fitting in a workout?