Is the economy making your relationship more or less happy?

Economic setbacks can drive a couple apart or bring them closer together. 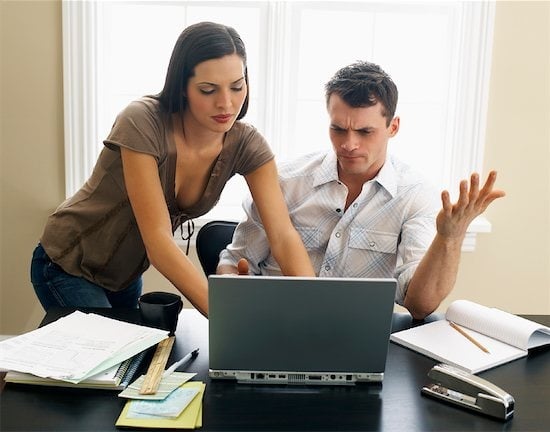 A recent article in The New York Times – For Some, a Recession-Proof Marriage by Tara Parker-Pope – examines changing attitudes in relationships that result from economic setbacks, such as job losses or mortgage woes. Such economic troubles have been linked to a big decline in marital happiness, as couples struggle with new, unanticipated levels of stress over their basic ability to feed themselves and their children, while also maintaining the roof over their heads. In general the data show that the more economic stress a couple faces, the less happy they are in marriage.

But the very same problems have also consolidated some relationships, giving them no choice but to depend on one another while they cancel the satellite TV, tell the kids they can’t play hockey this year, and stock up on canned beans in an attempt to weather a hopefully temporary storm. “Some people are putting off divorce until they have the financial means to go ahead with it,” noted W. Bradford Wilcox, associate professor of sociology and director of the National Marriage Project. “But for some couples, our data indicate that they have deepened their commitment to marriage. I think that deepened commitment will be there even after the economy improves.” Interestingly, working-class couples with no more than a high-school education are more likely to divorce than a couple with college degrees.

While we’ve been comparatively isolated from the biggest job and housing losses to the south, no individual is immune from economic setbacks, including a sudden redundancy, the pressures of debt or the exhaustion of spending to keep up with a particular image. When everything comes crashing down, it can be tempting to point fingers and assess blame, to want to shake free of the life that preceded your downfall. But surveying the wreckage can also make you see your partner and family more clearly, to realize what’s important and what truly makes you happy – even as you’re putting that Dior purse up for sale on eBay. When the foundation of your financial life is shaken to the core, the foundation of your relationship will naturally come under enhanced scrutiny. And while crisis and desperation can absolutely bring out the worst in people, it can also bring out their best; and that can help you realize that anything is possible with the right partner – and that you really don’t need what you thought you needed to make you happy.