Find out if acupuncture, Chinese medicine and/or an herbal approach to health care is right for you. 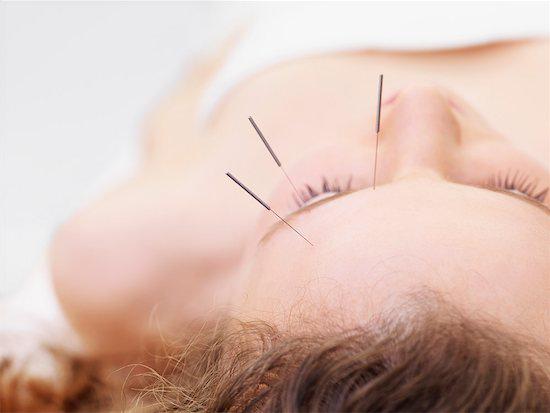 The Statement: “Traditional Chinese Medicine plays an important and valuable role in the health and well-being of Ontarians as many are choosing this complementary and alternative approach to health care. It is in this spirit that we are committed to the regulation of this profession.” — Deb Matthews, Ontario Minister of Health and Long-Term Care, September 1, 2011

The field of complementary medicine is huge and growing. In Canada, recent estimates put out-of-pocket spending on alternative-care providers at $5.6 billion — a substantial amount, even when compared to the $31.1 billion spent on pharmaceutical drugs last year.

Governments have been making attempts to rein in the gargantuan industry. As provincial Health Minister Deb Matthews suggests, since Ontarians are turning to alternative care such as Chinese medicine, and it “plays an important and valuable role in (their) health and well-being,” we should regulate it. The Canadian Medical Association, however, argues that any guidelines for or regulation of alternative medicine “should respect the conviction of many physicians and clinical researchers, that (alternative medicine) has minimal scientific validity and that recommending it to patients achieves no clinical purpose and may be unethical.” In other words, warn the huddled masses about this quackery.

Given the face-off between politicians and the doctors, Science-ish wondered: Does alternative medicine — the traditional Chinese variety, in particular — actually work?

If anyone knows about alternative medicine, it’s Dr. Edzard Ernst. He recently retired from his post as the world’s first university chair of complementary medicine in Exeter, England, and has dedicated the better part of the last 20 years to establishing an evidence base for alternative medicine with his colleagues at the Peninsula Medical School.

When I asked him, perhaps naively, about the efficacy of Chinese medicine — which in the West usually encompasses acupuncture and Chinese herbs — he cautioned me that the field is too big to generalize, and results vary depending on the type of therapy and the disease under treatment.

“I would find it hard to say that this or that treatment has been proven to generate more good than harm for this or that condition,” he said. “I would estimate there are more than 10,000 studies and they are extremely diverse. Much is published in Chinese journals that are inaccessible, much is of poor quality and thus unreliable. Chinese researchers almost never report negative findings, the evidence refers to diverse modalities ranging from acupuncture to Chinese herbs, and it also relates to many, many conditions.”

So Science-ish scaled back and poked around for systematic reviews on the effects of alternative Chinese treatments for specific conditions.

The findings seemed positive but not conclusive. So Science-ish reached out to the lead author of the studies, Dr. Klaus Linde, a professor at the Technical University of Munich. He said, “In my view the evidence on acupuncture for various chronic pain conditions — I cannot comment on other conditions — is not inconsistent: It suggests that many patients benefit from acupuncture.”

But there are a few things to take into account. First, while studies show some “point specificity” — i.e., the placement of the needles makes a difference — they also suggest that the effect was small, which has led Dr. Linde to believe “it is likely that complex traditional theories of acupuncture are incomplete or simply wrong.”

There’s also the problem of the placebo effect. “There is increasing evidence that acupuncture and other complex interventions might have more potent placebo effects than other interventions.” He’s referring to the fact more dramatic treatments — being poked with needles, say, instead of passively taking pills — seem to be felt by patients to be more effective, even if the two interventions have the same medicinal value. (See this study comparing salt-water injections with sugar pills for migraines.)

Other critics, such as Dr. Harriet Hall, writing in the journal Pain, have questioned the scientific quality of acupuncture studies: “What constitutes an adequate control (in an acupuncture study)? People can usually tell whether or not you are sticking needles in them. Various controls have been devised, such as comparing ‘true’ acupuncture points to ‘false’ ones. The best control so far is an ingenious retractable needle similar to a stage dagger, where the needle just touches the skin and retracts into a sheath. Unfortunately, there is no way to blind the practitioner, so double blind studies are impossible.”

So while some studies report positive effects for certain symptoms, others conclude there just isn’t enough good evidence available. Meanwhile, there is one further point to take into account when considering acupuncture: the treatment is not harmless, and as one recent review noted, “serious adverse effects continue to be reported.” In a summary of complications reported since 2000, the study found 95 severe cases, including five deaths (four were due to a pneumothorax, or collapsed lung). Infections and organ trauma (pneumothorax, in particular) were the most common side-effects.

For premenstrual syndrome, the results were much the same. “Strong evidence in support of other herbal formulae for the treatment of PMS is currently lacking.” Herbal medicine for esophageal cancer (as an addition to treatment with radiotherapy of chemo) called for more trials, since “there is no evidence that herbal medicines are effective or not in this role.”

Alas, if you’re considering recommending an alternative treatment or using one yourself, be sure to check the Cochrane reviews to see what the evidence shows about the therapy you’re considering. Know that you are wading into still-unregulated territory. In Ontario, the Regulated Health Professions Act was amended in 2007 to include traditional Chinese medicine, naturopathy and other alternative professions, but these new health colleges are still finding their feet.

For now, Dr. Ernst’s contributions to the field may be telling when taken as a whole. He and the researchers in his department at Peninsula turned out more than 1,000 papers and 40 books on the subject and; only 5% of the therapies studied had a benefit that went above and beyond that of a placebo.

Julia Belluz is the associate editor at the Medical Post. Science-ish is a joint project of the Medical Post, Maclean’s and the McMaster Health Forum. Got a tip? Seen something that’s Science-ish? Message her at julia.belluz@medicalpost.rogers.com or on Twitter @juliaoftoronto