Is a rich dude the answer to happiness?

A recent story by Ben Blanchard and Sabrina Mao at Reuters — "Chinese women learn how to snag a billionaire" — explores the goings on at the Beijing Moral Education Center for Women, where women are taught the ins and outs of attracting and keeping a rich man. 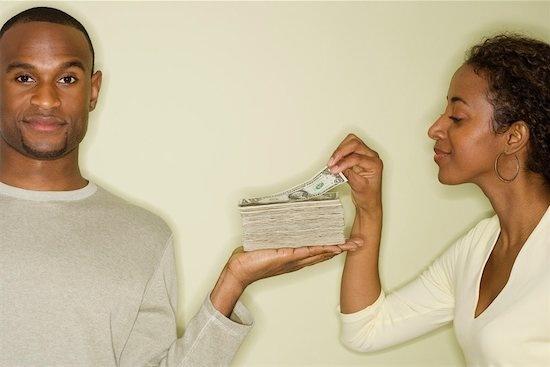 A recent story by Ben Blanchard and Sabrina Mao at Reuters — “Chinese women learn how to snag a billionaire” — explores the goings on at the Beijing Moral Education Center for Women, where women are taught the ins and outs of attracting and keeping a rich man.

For over $3,000 — which is a lot of money here and even more money in China — women are taught a variety of new “skills,” from the proper application of makeup, traditional tea-pouring techniques and conversation skills to “how to spot a liar by looking at his facial expressions.” Rich men are then charged a fee for an introduction to one of the graduates, and apparently 30 matches have been made that have resulted in marriage.

So why would anyone do this? According to one 23-year-old student: “”My family had a business and there was a time when things were very difficult for us. During that period, I was struggling a lot inside, asking myself why we have to do this, why my childhood had to be so different from other people’s. So I thought to myself, if I can marry a rich man, at least I won’t have any worries.”

This might seem like a totally bananas plan for love and marriage — one that is less likely to result in personal happiness than just going out with some nice dude you met at a taco stand — but ideas of happiness can change dramatically based on circumstances. My own dating history involves a disproportionate number of graduate students, so god knows I’ve never considered money a motivation when it comes to affairs of the heart. But I do understand how a certain level of stability — especially for someone who’s known nothing but flux — can be interpreted as a kind of happiness. For most of us, we assume the comforts of shelter, food and other necessities, so they hardly factor in when we’re trying to figure out what makes us happy. Once our basic needs are taken care of we start taking them for granted and letting our minds wander into loftier ideas about personal satisfaction, like whether our job provides us with enough of a creative outlet and whether we’d really be happier living on a vineyard in California.

So what do you think? Can marrying some rich dude really increase happiness more than marrying someone with less money? Please share your thoughts here.