In praise of sleeping alone

I don’t want a man’s elbow in my ear, a rough dog-paw pad on my cheek or a child’s toenail scratching my foot. 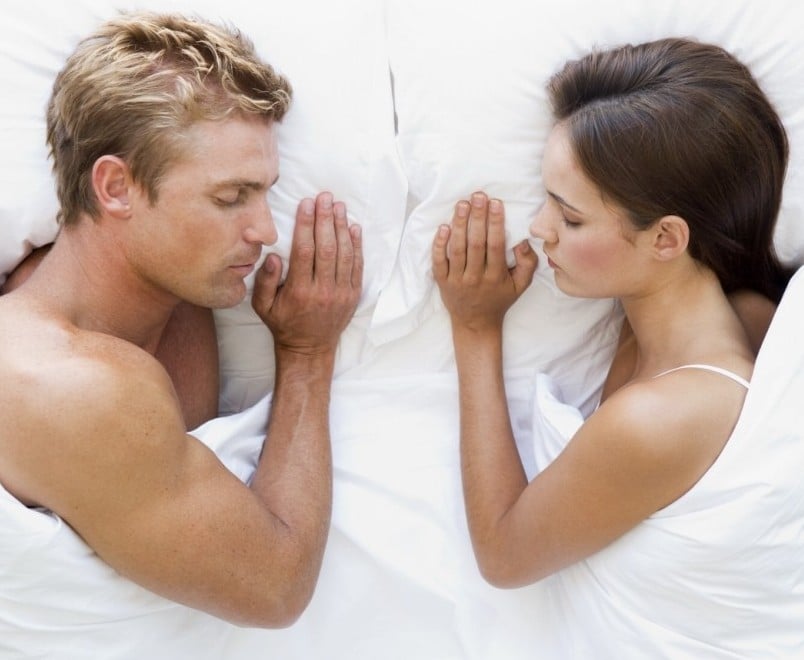 My previous marriage involved separate bedrooms, which I quite liked. My current marriage involves one. Sometimes he and I sleep beautifully, but mostly not. Sometimes he sleeps on his back with his hands by his ears, like he’s doing crunches. He’s not a snorer, thank God, but many nights he wakes me with loud sleep laughs.

My current marriage also involves children,who appear at the foot of our bed like apparitions from a horror movieI have no desire to see. Sometimes the dog barks from her bed on the floor and I need to invite her up. Inevitably, she positions herself with her rear end on the pillow. Frequently, she is flatulent.

I am very often very tired. All I want is to sleep alone, or at least to sleep as well as I would if I were alone. I don’t want to hear or feel or smell or be kicked by anyone. I don’t want a man’s elbow in my ear, a rough dog-paw pad on my cheek or a child’s toenail scratching my foot.

Last night, my husband and I had a fight. One of those dumb fights after a perfectly lovely day that are so stupid, everyone understands that the best thing to do is separate and go the eff to sleep. He grabbed his pillows and headed to the couch.I eyed the bed — a luscious queen with crisp, white, clean sheets — and slid inside, starfishing at first, scissor-kicking on my side next. I sighed deeply and was asleep in minutes.

FILED UNDER: sleep Sleep and insomnia