How travel can make you happier

For Rachel Shukert, author of Everything is Going to Be Great: An Underfunded and Overexposed European Grand Tour, spending years traveling and working her way through Europe helped make her the happier, more self-assured woman she is today. 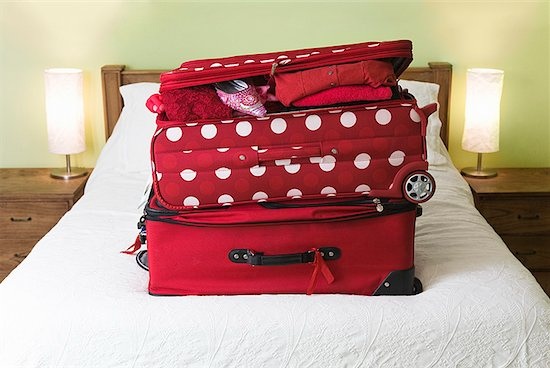 For Rachel Shukert, author of Everything is Going to Be Great: An Underfunded and Overexposed European Grand Tour, spending years travelling and working her way through Europe helped make her the happier, more self-assured woman she is today.

Q: Why did you take this trip? Were you searching for something in particular?

A: You know, I don’t think I was really searching for something as much as looking to lose something. I really did not like who I was, and what being in New York at that time was doing to me. I felt totally lost when I graduated from college. The world was not waiting for me. And I didn’t exactly rise to the challenge. I started to feel really jealous of everyone I thought was happier than me, and was even becoming sort of weirdly bitter – at 22!  I just knew I needed to escape.

Q: What were the highs and lows of the trip?

A: Oh, there were a lot of highs. I met my husband, which was pretty wonderful. I made a lot of incredible friends and met a lot of hilarious and interesting people I never would have encountered in my everyday life in New York. I saw a lot of extraordinary things – beautiful art, beautiful countrysides. And it’s also the time when I think I really found myself as a writer, when it began to click for me that this was something I could do and wanted to do. There were plenty of low points too though. I had my heart pretty seriously broken, which is never fun, and I also saw some really ugly, selfish sides of myself I didn’t necessarily know were there and hope not to see much of again.

Q: What did you learn about yourself?

A: I think the trip helped me learn about what I wanted, and the kind of person I wanted to be, or more accurately, the kind of person I didn’t want to be. I don’t know if we ever know exactly what we want. It’s an elimination process. You try something, or you screw something up, and think you think, oh, I don’t want to be like that. And eventually, if you’re lucky, you come to some sort of peace with yourself. You bridge the gap between you thought you would be and who actually are. I’m still getting there.

Q: How were you different when you came back?

A: Well, I was older, which helped a lot. I was really very immature in a lot of ways when I left. I really felt entitled to certain things, and when they didn’t work out, I would get incredibly self-pitying and self-destructive – almost like a kid throwing a temper tantrum, except on the inside. When I came back, I had a lot more perspective on things, on what was really important to me. I’m a little remedial emotionally. But I really do think I came back a better person, a kinder person, a more stable person. Sadder but wiser, which is such a cliche, but it’s true.

Q: Do you think travel is an essential part of getting to know yourself?

A: Travel – especially protracted travel – at least forces you to spend a lot of time alone, and away from the people and situations that have such an influence on how you see yourself. When you’re at home surrounded by people that you’ve known for ages, for better or for worse, you fill a slot – you’re the crazy one or the funny one or the responsible one. Being on your own somewhere far away, you don’t have that. You have to make your own slot, and sometimes behave in ways or get into situations that would never happen to you at home. And that can be trying and a little scary, because you are going to make mistakes, but it’s also great because you get to see what you’re made of and who you are when you come out on the other side. But I think the best part of travel is that you can lose yourself. You are out in the world, and you see how ultimately inconsequential many of your problems are. There is an entire world out there and nobody is keeping score. That’s an incredibly liberating feeling.