Are you worried that your relationship is less happy than it used to be? Alisa Bowman, author of Project Happily Ever After, explains how she saved her marriage. 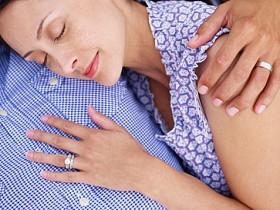 Are you worried that your relationship is less happy than it used to be? Alisa Bowman, author of Project Happily Ever After, explains how she saved her marriage.

Q: When and how did your marriage start to falter?

A: My husband opened a business within months of us having a baby. He worked 12-14 hour days, seven days a week – but he had no income for more than two years. This thrust me into the role of being a single mother with a deadbeat husband. I earned all the money, did all of the parenting and did nearly all of the housework, too. I felt resentful and unloved, and this led to a host of marital problems ranging from have zero attraction to my husband (and no sex drive) to a conversation-less marriage. I described my marriage as “dead” back then, and I honestly thought I’d accidentally married the wrong person. I’d forgotten that I’d ever been in love and couldn’t for the life of me figure out how I’d ended up married to him.

Q: What was your initial reaction?

A: Periodically I would tell my husband how miserable I was. He would listen and for a while, he’d do more. He might come home and walk the baby while I did a phone interview, for instance. But then he would eventually backslide into his old self. Over time I began putting more and more of one foot out the door and really planning a life without him.

Q: What actions did you take that you can now see as missteps? Did you do anything that made the situation worse?

A: Yes, I didn’t know it at the time, but I was doing a lot to contribute to my bad marriage. My biggest problem was that I didn’t know how to be assertive. I communicated with a combination of the silent treatment, passive aggressiveness (you didn’t wash the dishes, therefore I’m going to make sure the VCR doesn’t tape your show), and sarcasm. I rarely, if ever, bluntly told him how I felt, what I needed, or what I wanted him to do. And even when I told him I was miserable, I did not give him a specific game plan of action. I told him I wanted him to “prioritize” me. But his definition of “prioritize” and my definition of it were two different definitions.

Q: What ultimately helped to improve your marriage?

A: I broke our problems down into small chunks: forgiveness, sex, romance, communication and intimacy. I worked on one chunk at a time and I read and learned everything I could about that topic – and I tried it. For forgiveness, for instance, I did numerous loving kindness meditations. I also created and read a grudge list to my husband and asked for his apology. For communication, we role played the speaker-listener technique and “I statements.” For sex I got a bikini wax, bought some lingerie and learned how to give a blow job – and I made sure he learned how to reciprocate. I left nothing out.

Q: Was saving your marriage a solo project or were you and your husband equally on board?

A: I did most of the reading and learning, but he did the exercises with me. I will say that he embraced the “sex” part of the project a little more robustly than he embraced the “emotional intimacy” part, but he was there with me. He didn’t want our marriage to fail.

Q: What’s your advice for anyone who’s worried that their marriage is less happy than it used to be?

A: Think about what you want and what you don’t want in your marriage. List it all out on a piece of paper. Then see if you can break what you want and don’t want into small categories that you can tackle one at a time. Use the scientific method to solve each problem. Try one solution at a time, and try it with an open mind. Not everything will work. Some solutions work on some marriages and not on others. When something doesn’t work, try to laugh it off rather than see it as a sign that your marriage is terminal. Also, try to pay attention to all of the ways your marriage is improving. Too often we fixate on the negative and we fail to see the small, positive steps in the right direction.