Our health care system should be helping all Canadians

Health care for newcomers to Canada should be a top priority — and that means recognizing and supporting our differences. 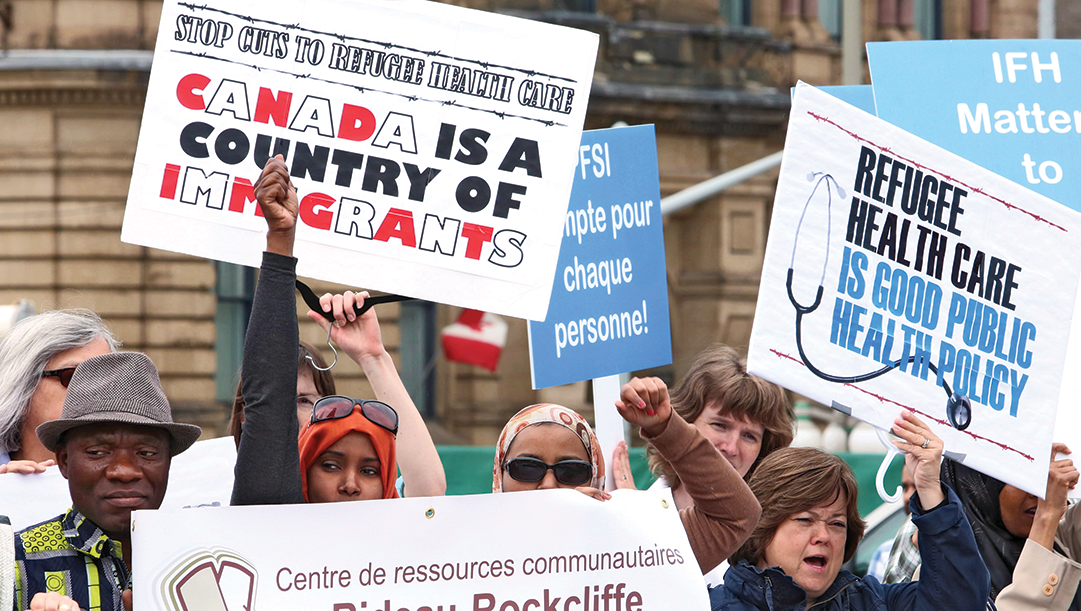 The story of Syrian migrant Alan Kurdi, the little boy whose body washed up on a Turkish beach after his boat capsized on the way to Greece, thrust an important spotlight on Canada’s refugee policies.

A similar spotlight deserves to be aimed at the long-term health of our refugee and immigrant populations. Canada is expected to welcome over 260,000 new permanent residents in 2015, including nearly 25,000 refugees. Our immigration and refugee programs are meant to cultivate a tolerant, diverse and skilled population, which is a point of pride for our country. But to realize that potential, we need to make health care for newcomers a top priority. That means recognizing the special factors that influence their well-being.

Refugees often arrive after experiencing traumatic situations and without recent access to health care. Roughly 23,000 entered Canada last year. A recent study of 1,063 refugees treated at our Crossroads Clinic at Women’s College Hospital in Toronto found that among patients over 15 years of age, 25 percent of women had anemia, 30 percent of adults had elevated blood pressure levels and 8 percent had diabetes or pre-diabetes.

And yet, due to cuts to the Interim Federal Health Program in 2012, the majority of refugees do not have comprehensive health insurance. This means that in order to see a doctor, they must pay out of pocket — and most have zero access to any kind of prescription drug coverage. Basic services such as prenatal care and life-saving medications such as insulin can be painfully out of reach.

If people cannot secure medical care when they need it most, they may eventually require more costly (and in some cases, emergency-based) health services down the road.

Related: Three health issues to keep in mind before the election

First-generation immigrants, on the other hand, are often healthier than the general Canadian population when they arrive. They apply for residency based on economic or family reasons, and because of the country’s selection process, they tend to be young, highly educated, employed and healthy. A recent study released by the Institute for Clinical Evaluative Sciences and Toronto’s Sunnybrook Schulich Heart Centre revealed that among newly arrived immigrants, there was a 30 percent lower rate of major cardiovascular events when compared with long-term residents of a similar age.

But within a generation, those gains are lost and their health outcomes become the same as those of native-born Canadians. This can partly be attributed to a knowledge barrier: not knowing where or how to access care.

The most important step for a newcomer is to connect with a family physician or other primary care provider early in the migration process. But with the competing demands that accompany such a massive life change, people generally don’t prioritize looking after their health.

When our health begins to suffer, so do other areas of our life that support our ability to adapt and succeed. In one immigrant family, the father visited a Toronto family practice a few times before he mentioned his teenage daughter, who wasn’t doing well in school. He was encouraged to book an appointment for her. Doctors found she was suffering from a severe iron deficiency, which certainly contributed to her academic problems.

Different views can also exist on when to seek health care, especially if early screening and primary care infrastructure are limited in immigrants’ native countries. (For instance, immigrant women are less likely to be screened for cervical cancer and breast cancer.) Community initiatives that educate families about prevention can help.

These issues span genders and ethnicities. We need to constantly strive for a health care system that serves all Canadians.

Dr. Danielle Martin is a family physician, VP medical affairs and health system solutions at Women’s College Hospital in Toronto, and a senior fellow at WIHV in Toronto.

More from Dr. Danielle Martin:
Three health issues to think about before the election
Are women about going to the doctor than men?
How to properly Google your symptoms