Why avoiding smoking, drinking and - gasp! - chocolate can make a difference. 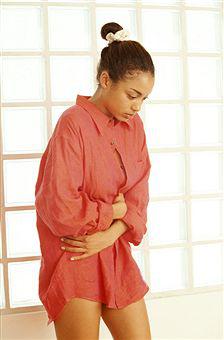 Peptic ulcers are open sores on the lining of the digestive tract, upper small intestine or esophagus. Ulcers located in the stomach are called gastric ulcers, and those in the esophagus are esophageal ulcers.

Ulcer causes While spicy foods were once blamed for ulcers, it is now known that the bacteria Helicobacter pylori (H. pylori) is the cause of many ulcers. If a person’s body makes too much stomach acid, the acid can travel up into the lower esophagus. Stomach acid can also burn the lining of the digestive tract if its is damaged, which can occur from overuse of anti-inflammatory drugs, such as ibuprofen. The physical stress of prolonged illness may cause ulcers, and smoking may delay their healing. Certain foods, such as coffee, chocolate and chili powder, may worsen ulcer pain.

Ulcer symptoms An ulcer typically brings on burning pain, along with the following symptoms: pain that worsens when the stomach is empty; pain may improve when food or drink is consumed, but worsens an hour or two later; feeling full quickly; dark blood in stools; and nausea or vomiting.

Ulcer diagnosis/tests Talk to your doctor if you suspect an ulcer. She may refer you a gastroenterologist who will perform tests to check for ulcers, including an upper gastrointestinal (GI) series, which is a series of X-rays of the stomach, esophagus and small intestine. You may also need an endoscopy procedure, which involves inserting a narrow tube into the upper part of the gastrointestinal tract to examine the esophagus, stomach and tube leading to it. If the doctor finds an ulcer, she’ll test it for the H. pylori bacteria since it requires different treatment than ulcers caused by medication.

Ulcer treatments Eliminating the H. pylori bacteria and lowering the amount of acid produced by your stomach is the objective of ulcer treatments. A combination of antibiotics to kill the H. pylori bacteria may be prescribed. To relieve pain and give the ulcer a chance to heal, a doctor may recommend medicines to neutralize or stop the amount of acid the stomach makes, including H2 blockers or Proton Pump Inhibitors.

Ulcer prevention It may be possible to prevent peptic ulcers by not smoking and keeping daily alcohol down to two drinks or less a day. Avoiding NSAIDs may also help; use acetaminophen instead for pain relief especially if you’re recovering from an ulcer.