Staph, short for staphylococcus, is a bacteria found in the nose or on the skin. 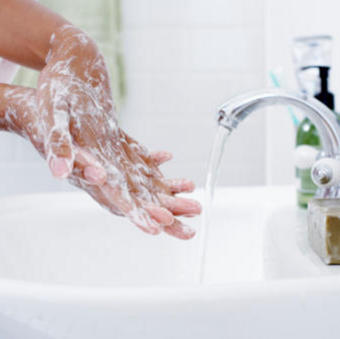 There are more than 30 types of staph bacteria but Staphyloccoccus aureus is to blame for most staph infections, including skin infections, plus toxic shock syndrome, pneumonia, food poisoning and blood poisoning. Anyone can become infected with staph although you’re more likely to get it if you have a scratch or have contact with an infected person or surface. Staph infections can enter your bloodstream, lungs or heart and become life-threatening.

Staph causes If you develop an infection, it could be due to bacteria you’ve been carrying or from contact with another person or object, such as a towel or razors. Usually severe staph infections afflict people with chronic illnesses, those who are hospitalized or have weak immune systems or underlying health problems, such as diabetes.

Staph symptoms These depend on the type of staph infection you have:

• Food poisoning If you eat food contaminated with staph bacteria, you may become ill suddenly and experience abdominal pain, vomiting, nausea and diarrhea. Recovery usually occurs in a day or two although these infections can last longer.

• Bacteremia Also called blood poisoning, this infection occurs when staph enters the bloodstream. It may cause pneumonia if it infects the lungs, or endocartis if it travels to the heart.

• Septic arthritis When staph bacteria invade the knees and other joints, it may cause this condition which leads to fever, chills, joint swelling and pain.

• Sepsis When staph bacteria enter a person’s bloodstream, they may develop sepsis, an infection that affects the entire body. It can lead to a septic shock which is a potentially deadly episode of severely low blood pressure.

Staph diagnosis/tests If you suspect that you might have staph or have symptoms, such as a pus-filled blister or red, irritated skin with fever, or two or more family members have skin infections, see your doctor. She may refer you to a specialist, such as a dermatologist or cardiologist, depending on which part of your body is affected. If you have skin lesions, they will be examined and tissue may be removed for testing or your nasal secretions may be tested for staph bacteria.

Staph prevention Keeping your hands clean is your best chance for guarding against a staph infection. If you have a cut or scrape, keep it clean and covered with sterile bandages. Avoid the risk of toxic shock syndrome by using the lowest level of tampon absorbency you can and changing tampons frequently, at least every four to eight hours. Avoid sharing personal items, such as razors, towels and pillows.