Get the facts on what causes HIV, symptoms to watch for, and how to best treat it. 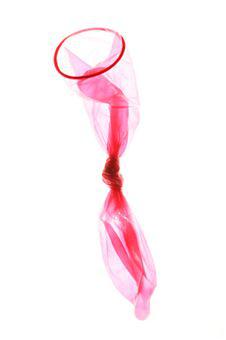 Human Immunodeficiency Virus (HIV) is an incurable sexually transmitted infection that weakens the immune system. HIV causes Acquired Immunodefiency Syndrome (AIDS), which weakens the immune system so the body cannot fight off other illnesses. In 2002, Health Canada estimated that about 56,000 Canadians were living with HIV and about 30 percent of those were not aware of it.

HIV causes HIV is spread though sex, sharing needles and transmitted from mother to baby through childbirth and breastfeeding. It is easier to get HIV if you have another STI, such as herpes, chlamydia and gonorrhea. Using condoms during sex is the best protection against HIV.

HIV symptoms It can take years after becoming infected to show any signs but it is possible to spread HIV even if a sufferer has no symptoms. Common symptoms include weight loss, fatigue, loss of appetite, night sweats, diarrhea and recurring yeast infections. It takes about three months from the time of infection to the time when the HIV test will detect the virus.

HIV diagnosis/tests Anyone who’s ever had an HIV test can tell you that the testing itself, a simple blood test, is easy; it’s waiting for the results from your doctor or a clinic that’s hard. The blood tests used to diagnose HIV look for antibodies to the virus that the body creates when it’s trying to fight it. It can take the body from six weeks to a year to develop antibodies but early testing is important; if you test positive, your doctor will be able to prescribe a treatment plan to help fight HIV and prevent complications. If you’d rather not go to your doctor for the test, you may find anonymous testing available at local medical clinics.

HIV treatment There is no cure for HIV but treatments have improved and people who are infected with the disease live longer, better-quality lives. Antiretroviral drugs slow the spread of HIV in the body and delay the onset of AIDS. The median time from HIV infection to AIDS diagnosis is now 10 years, according to Health Canada. An HIV infection requires antiretroviral drugs to prevent the onset of AIDS.

HIV prevention Wearing condoms for all sexual contact will protect against HIV infection.  Avoid contact with bodily fluids, such as the semen, blood and breast milk of anyone infected (or potentially infected) with HIV. Do not share needles for injecting drugs, tattoos, ear piercing or acupuncture.