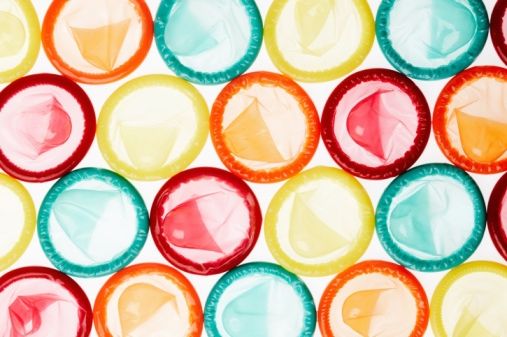 True or false? You must go off the pill when you hit 35. You can use an IUD only if you’ve already had children. The withdrawal method is completely useless. Your opinions about birth control can change as you get older, but one thing is consistent: If you use contraception, you want it to be convenient, reliable and safe. In fact, age is a less important factor in finding your best fit than your readiness for kids. “Your stage of life — how important it is that you don’t get pregnant right now — is key,” says Kymm Feldman, a family doctor. “Often, when people already have children, they’re less caught up in reliability — if they got pregnant it would not be a tragedy.” And other factors make some birth control choices better than others. Read on to discover your best match and some misconceptions that still exist about contraception and age. (Hint: All three statements at the top of this story are false.)

Hormonal birth control If you’re not looking to be rocking a baby anytime soon, the pill is the most effective non-permanent birth-control method out there—and the most popular. Talk to your doctor about potential side effects, and remember that the brand that works well for your friend might not be best for you. “Some women get estrogen-related side effects and might be better candidates for a very-low dose estrogen pill. Or, if they don’t want to take a pill containing estrogen, progestinonly pills[known as POP] are an option, but they’re more of a pain as you have to take them at the same time every day,” says Debby Herbenick, research scientist at Indiana University and author of Because It Feels Good: A Woman’s Guide to Sexual Health and Pleasure. If you have difficulty remembering to take your pill at the same time every day you might want to look at the NuvaRing or the patch—which need to be changed only once a month and once a week, respectively, and are almost as effective as the pill. “Another benefit of hormonal birth control that women are still surprised to discover is that they can go period-free if they want,” says Feldman. You can use your regular birth-control pills to do this, but monophasic pills are best because there’s less chance of spotting. Remember to speak to your doctor about the risks and side effects.

Making a withdrawal? We all know women who have successfully used the pull-out-and-pray method — and ones who haven’t. So what ’s the deal? According to a paper written last year for Contraception, with “perfect use,” 4 percent of couples will become pregnant, while with “ typical use,” 18 percent will get pregnant.

Best barrier: the condom If the thought of babies right now makes you shudder instead of coo, but you think you’ll change your mind someday, take note: The smartest things you can do today to ensure you can have a child later on are to use condoms (especially if you’re not in a mutually monogamous relationship) and to stay on top of your annual physical exam. “STIs like chlamydia, which can have no symptoms, and gonorrhea, if untreated, can cause pelvic inflammatory disease, which can scar the tubes and cause big problems with fertility,” says Feldman. If you’re not a latex fan, check out the newer polyurethane condoms: They are thinner and odourless, and they work just as well.

Other barrier options Talk to your doctor about the effectiveness of combination barrier methods, such as a diaphragm or sponge with a spermicide.

Hormonal birth ctonrol The old rule that the pill shouldn’t be used by women over 35 isn’t exactly true. “We’re using it more and more in older women,” says Feldman. So when is the pill no longer a safe option? If you smoke or have high blood pressure, a history of blood clots, liver disease, a family history of breast cancer, bleeding between your cycles or migraine headaches. This last one “is a bit complicated,” says Feldman. “Certain prescriptions that might have been okay when you were younger are riskier when you’re older.” Make sure you let your doctor know if your migraines have changed in their pattern, symptoms or frequency.

Note: It’s true you can get pregnant while breastfeeding, but be wary of taking the pill as it can interfere with your breast milk. The mini-pill (which contains only progestin, and no estrogen), barrier methods and IUDs are the best options.

Family planning Ready to start courting your fertility instead of shunning it? Talk to your doctor about your plans. Although it’s technically possible to get pregnant as soon as you go off the pill, it’s ideal to give your body a couple of months before you start trying. The effects of other forms of birth control can last even longer: If you use the injection Depo-Provera, for example, it could take nine months or more from your last shot for you to become fertile again. If you’re in a stable relationship and tired of hormonal methods, you might want to research the fertility-awareness method, which involves carefully charting your period, cervical mucus and basal body temperature to determine when you are fertile. Education and commitment to the method are key to its success.

IUDS If you’re looking for a method you don’t have to think about on a daily basis or in the heat of the moment, consider the device European women have been embracing for decades: the IUD. Long maligned and only recently re-embraced in North America, both Mirena (which contains progestin and off ers five years of protection) and the Copper T (which is hormone-free and good for 10 years) provide women with effective, long-term contraception. While IUDs are typically easier to insert into women who have been pregnant, they’re also a great low maintenance option for those who’ve never had children. Just be aware that an IUD may cause heavier periods, and there is a small risk of infection during insertion and mild cramps and spotting afterwards.

Sterilization Some women in their 30s start thinking about more permanent methods of birth control, like tubal ligation. “But the choice should be made only when women are certain that they will never want another child for personal or health reasons, and that their feelings wouldn’t change even if something happened to their partner or spouse and they started over with someone new,” says Herbenick. “Even then, a vasectomy is an easier option with fewer complications.”

All the stories about the diffculties older women encounter while trying to conceive might be making the over-40 set a little too cavalier with their contraception: Slightly more than half of pregnancies in older women are unintended, according to the Alan Guttmacher Institute in the U.S. In England and Wales, abortion rates for women over 40 are the same as those for the under- 16 age group. “Are women less fertile in their 40s?” asks Herbenick. “Yes, but that doesn’t mean infertile.”

Hormonal birth control Guess what? The pill, the most popular method of birth control for 20-year-olds, works equally well now. But be aware that this time around, contraceptive pills may also mask the symptoms of menopause, so you may not be aware that your body is changing. Since you experience breakthrough bleeding when you’re on the pill, it can disguise the fact that your periods have stopped. Feldman suggests watching your body closely during your pill-free (or sugar-pill) week for other symptoms like hot fl ashes.

Condoms If you’re out on the dating scene, protect yourself from fluid-based and skin-to-skin infections (like genital warts and herpes) by practising safe sex. Yes, that means condoms.

After decades of wrestling, battling and wooing your fertility, it might be hard to believe that you no longer have to worry about it. “The average age of menopause is 51,” says Feldman. So when can you finally (and safely) say goodbye to pill packets and messy gels? “You’ve reached menopause if you have not had a period in a full 12 months,” says Herbenick. Freedom at last!