10 Foods That Can Help Fight Dementia

Two Canadian doctors explain their idea for a Brain Health Food Guide — which gives top billing to some staples of the Mediterranean diet. 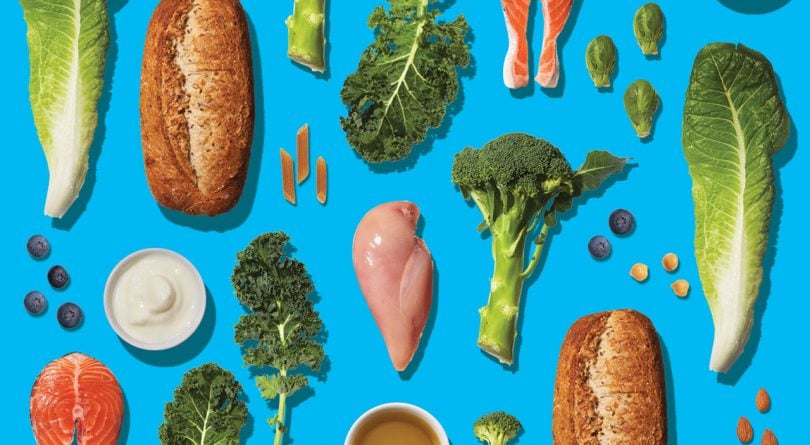 Studies have linked eating certain foods with a reduced risk of dementia, but Canadian researchers are taking this notion one step further: Matthew Parrott, a scientist at the PERFORM research centre at Concordia University in Montreal, and Carol Greenwood, a senior scientist at Baycrest’s Rotman Research Institute in Toronto, are examining which combination of foods provides the best protection against cognitive decline. They are working on a Brain Health Food Guide that gives top billing to some staples of the Mediterranean diet, which has been linked to a 35 percent lower risk of Alzheimer’s disease.

“Studies show that adults aged 50 plus who followed a similar eating plan for four years did not experience any memory loss,” Parrott says. There are short-term gains, too. “After only four months on this type of eating plan, adults performed as if they were nine years younger on reading and writing speed tests,” says Greenwood.

The key, they say, is to eat certain quantities of all of these foods as often as possible, while limiting your intake of red meat, processed products and baked goods. Here are the foods that made the cut:

2) Cruciferous vegetables
Broccoli, cauliflower and brussels sprouts are high in vitamin K and glucosinolates, which have an antioxidant effect. Include at least three 1/2 cup servings in your diet a week.

3) Blueberries
All berries have a positive effect on brain health, but blueberries have been studied the most. They contain flavonoids, which activate brain pathways associated with less cellular aging. Try to consume 1/2 cup of any berries three times a week.

4) Beans
It’s unknown exactly what makes beans, lentils and chickpeas good for brain health, but it’s likely due to a combination of antioxidants, fibre, vitamins and minerals. Include 1/2 cup in your diet as a replacement for red meat at least twice a week.

5) Nuts
Unsalted nuts are high in antioxidants and healthy fats. Walnuts are particularly high in omega-3 fatty acid, a brain-protective nutrient. Aim for 1/4 cup of nuts, or two tablespoons of nut butter, daily.

6) Fish
The iodine and iron in all types of fish are thought to help maintain cognitive function. Fattier fish, like salmon and trout, also contain brain-boosting omega-3 fatty acids. Choose them at least once a week.

8) Poultry
Substitute chicken for red or processed meat as often as you can (but only one serving a day).

10) Olive oil
Use this as your main oil for cooking and in salad dressing. ​It contains monounsaturated fats and vitamin E, as well as antioxidants.