Can you be too sick to work out?

It’s cold and flu season and many of us have fallen victim to the common cold already. Getting sick not only makes fulfilling our responsibilities at work and home a challenge, but it also puts a cramp in our workout routine. 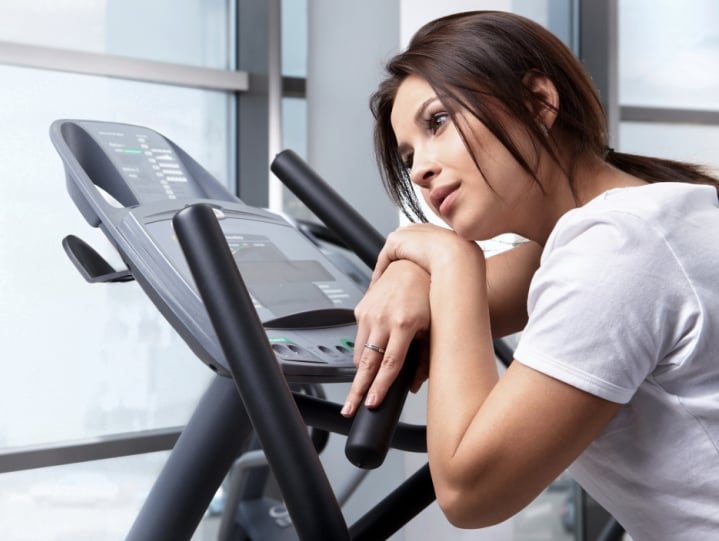 It’s cold and flu season and many of us have fallen victim to the common cold already. Getting sick not only makes fulfilling our responsibilities at work and home a challenge, but it also puts a cramp in our workout routine.

And while there are some studies that suggest exercise can boost our immune system, there’s some debate about the merits of working out through an illness. In fact, the issue is more complicated than a simple yes and no answer. Whether or not you work out when you’re sick comes down to a few factors: severity of the cold, if you have any pre-existing health conditions, and the symptoms you’re experiencing.

One expert, interviewed on Science Daily, offers a few important distinctions about when it’s wise to push through a cold and when you’re better served by taking it easy.

Keith Veselik, MD, director of primary care at Loyola University Health System, told Science Daily the choice whether or not to exercise when you’re feeling low should be determined by an evaluation of the symptoms or illness you’re experiencing.

For example, Veselik says that there are a handful of symptoms you should not take lightly. Those symptoms are fever, dizziness when you stand up, nausea, diarrhea, vomiting, chest congestion or breathing difficulties, and body aches.

Veselik said a sore throat and runny nose are fairly benign symptoms that won’t seriously affect the ability to work out. But that doesn’t mean you should go loco on the treadmill or expect to shatter any personal records when you’ve got a case of the sniffles.

“If you aren’t feeling well, but still want to exercise, lower your expectations about what you can do. You don’t necessarily need to be in bed all day, but you can’t expect to have the same level of energy as you would if you weren’t sick,” Veselik told Science Daily.

People who have existing health conditions — heart disease or diabetes, for example — should be more cautious when they catch a cold or are under the weather, too. It may be wise for people in this situation to ease off entirely and not put an even greater burden on their overtaxed bodies, advised Veselik.

And while the debate as to whether or not a work out helps or hinders a cold may rage on. One thing is certain: a hot bath and an early night is never a bad idea.

Do you like to workout when you’re feeling less-than-great?