Three reasons running at night is better than during the day

When the sun goes down, the benefits of your run go up. Here’s how an after-hours jog might help you run faster, snack less and sleep better. 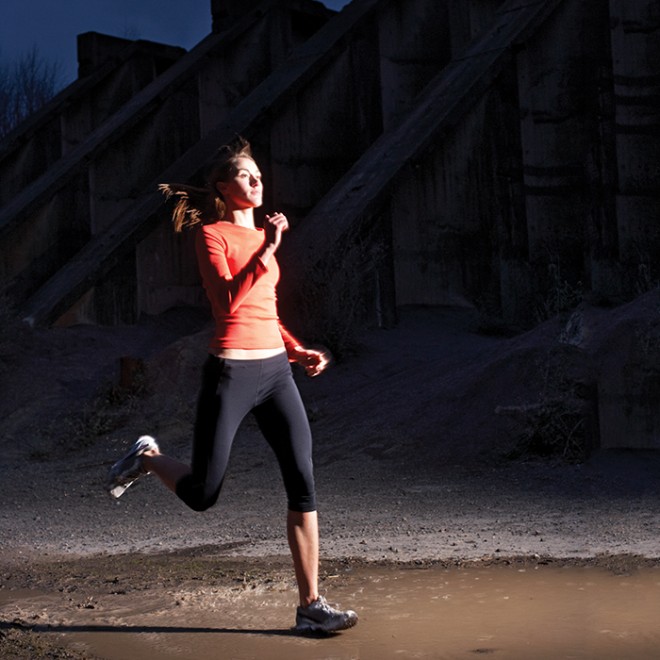 Claire and Frank Underwood’s night runs are as much a part of House of Cards as their plotting schemes. With ruthless political agendas to pursue and old scores to settle, how would they have time to run during the day? Turns out lacing up after dark is becoming increasingly popular among runners on and off the screen. “I spend all day talking about running, but often I don’t have time to actually hit the pavement until the end of the day,” says John Stanton, founder and CEO of the Running Room. That may be a good thing. New research shows running at night can have even greater health and performance benefits than exercising during the day.

1. It can help you sleep better
People often worry that exercising late at night will make it harder for them to fall asleep, but studies show the opposite is actually true. A recent study from the University of South Carolina found 97 percent of people who exercised at a high intensity at night discovered their quality of sleep was equal to or better than when they exercised during the day.

Another study, from the University of California, found that people who exercise at night are able to drift off to a deep, relaxing sleep a mere 30 minutes after their workout. “In many cases exercise actually improved their quality and ease of sleep,” says lead researcher Shawn Youngstedt.

The hike in your body temperature that comes with exercise may enhance sleep the same way taking a hot bath before bed does. “The area of the brain involved in lowering body temperature is also involved in promoting sleep,” says Youngstedt. “And running also has an anxiety-reducing, calming effect in general,” he says. It eases blood pressure and muscle tension, which leaves you feeling more relaxed.

2. It can help you run faster
Researchers at the University of Essex have discovered that people who run or cycle at night feel as though they’re going faster and working harder (and thus reaping greater rewards) than when they exercise during the day. One theory is that the darkness makes it harder to gauge your speed according to the objects around you.

“When you run at night, you’re also less distracted and more tuned in to your body’s rhythm and timing,” says Stanton. “Come spring, when it’s marathon time, the runners who have been training in the dark are always delighted by how much faster their times are.”

3. It can help you lose weight
Running at night can help you adopt healthier habits by keeping you out of the fridge (most of our mindless eating occurs after dinner). “Even when I travel and I arrive at my hotel late, rather than heading for the mini-bar, I’ll go for a little run,” says Stanton. “It also prevents me from ordering bad food.”

Safety first
To make yourself more visible, it’s a good idea to invest in some quality night-running gear — and you can now find clothing with reflectivity fabrics already embedded in it. (Even reflective arm bands or leg straps can make a big difference to your visibility.) It’s also a good idea to wear a headlamp, so cars can see you — and you can see any holes or bumps that might appear on the path.

Avoid wearing headphones, and run in a group whenever possible. If you are running solo, carry your cellphone, and tell someone the route you’re taking. “There’s a great tracking app called Find My Friends that my wife and I always use,” says Stanton. “It’s free on iTunes and means someone can track your progress and see if you go off route during your run.”

Go for a night run!
From coast to coast, night running is catching on. Join one of these groups and give it a try:

3. A Midsummer Night’s Run
Runners dress like fairies and race along Toronto’s waterfront and Beach neighbourhoods after sunset.