I’m finally going to do it. I’ve registered to run my first ever marathon in Los Angeles this coming March 18. Of course, I needed to discuss this with my wife first. 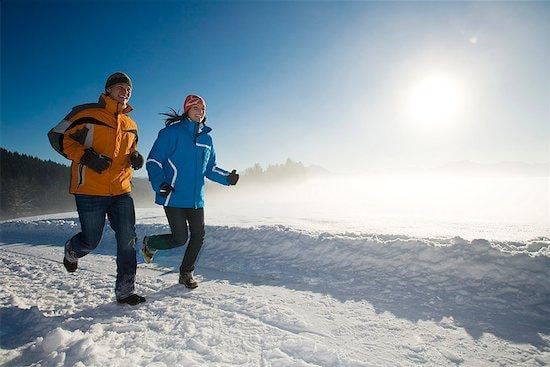 I’m finally going to do it. I’ve registered to run my first ever marathon in Los Angeles this coming March 18. Of course, I needed to discuss this with my wife first.

To begin, this trip is going to cost about a thousand bucks, and I never spend more than a hundred without talking to my wife about it first. (Good thing that for me the whole trip is tax deductible.) But there is also the time issue.

When it comes to physical activity coupled with family life, tag-team parenting is essential. Two years ago, the six months leading up to my wife getting her black belt in karate were brutal for her. She was going hardcore all the time and it ate up a lot of her free time. She had this whole eye of the tiger thing going on where she was intensely focused on achieving her goal. She also had bruises over the rippling muscles. It was…kind of sexy.

I was a workout widow during this time. A lot of extra family duties fell on me because she was doing so much training. It also cost quite a bit of money to pay for the extra training. I didn’t mind at all because I knew this was something really important to her.

I’m not saying it’s payback time. Good marriages are about give and take, it just happens to be my turn to take, and for the next couple of months I’ll be dedicating extra time to longer runs and my wife is going to have to pick up the family slack. She’ll also be single parenting for the three days I’m down in LA for the race.

She’s okay with this because she knows how important it is for me, and because we talked about it beforehand. I didn’t just make the decision to do this on my own. She was a part of the whole decision-making process like I was for her when she was working so hard for her black belt.

So, the simple message is: when you’re married running a marathon is a team effort. There is someone who is going to need to pick up your slack, so make sure they’re on board. You need to communicate desires clearly and make sure your significant other has your back.

There is a limit, however.

I’ve got quite a few items on my exercise bucket list and running a marathon is only one of them. In the next few years I want to finish an Ironman triathlon, which is a 3.86K swim, followed by a 180K cycle, THEN followed by running a marathon. It makes marathon training seem like 5K training. Also, I’m going to need to spend a couple thousand on a new bike and I’ll need swimming lessons. Right now I suck at swimming.

I know this is going to be a major imposition on my wife, which is why I’ll only ever do it once (so long as I finish the race within the required 17 hours). I was talking to someone whose best friend’s husband was training for his eighth Ironman, and her friend was getting mighty sick of it. She felt like she was barely married to this guy anymore because he was always out training.

Yes, for six months when I do that Ironman training my wife is going to have to do a lot of extra work to cover for me. But I will make her this promise: As long as I finish in 16:59:59 or better, I’ll never do another.

And I’ll pay you back when you go for that second-degree black belt.

Get your free Metabolism Report here.