How can nature help you be a better runner?

Last week, this running column explored how to run like a child, one of the first phases in the ChiRunning practice. It forms part of an overall movement toward running without hurting your body. 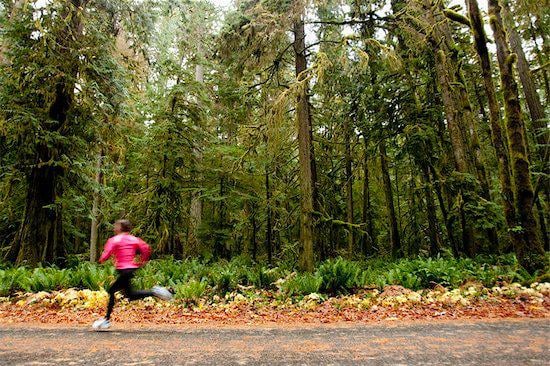 Last week, this running column explored how to run like a child, one of the first phases in the ChiRunning practice. It forms part of an overall movement toward running without hurting your body. Creator Danny Dreyer stands at the forefront of a revolution in movement that’s based on a simple change of pace: running should be effortless, and it should be injury-free.

Run with nature, not against it

Dreyer looks to nature, like many philosophers and physicists before him, and marvels at its sense of balance and order. “It has a set of basic principles that seem to work pretty well,” he writes. “You don’t find animals out of place, and plants don’t grow where conditions are not right.”

From nature, he gleans a new method to incorporate into his running form. Instead of working against gravity and other forces, Dreyer runs with them. From within these natural laws, he believes that the perfect running technique can be achieved with less effort and less physical breakdown. He calls it “running economically.”

Proper alignment refers to more than good posture. In order to move with nature, Dreyer says that you must first find your body’s centre. Assume your typical stance and review it in a mirror. Are your shoulders level? Is one foot pointed out more toward one side than the other? Make little adjustments, and become aware of how you inhabit the space in your room. Your centre, according to Dreyer, is just below your belly button and in front of your spine.

Harness this core power on your next run. Consider the spine as a straight axle, says Dreyer, and let your limbs move around it. This is where the relaxation part comes in: your arms and legs should be fluid and flexible in their movements around the core. Your centre moves, and your extremities follow.

And as your arms and legs follow, make sure to slowly build up your steps. Increasing mileage takes time. Dreyer’s training for his first 50-miler took three and a half years. When you first start your run, gradually build up your speed. “Just as you wouldn’t drive off from a stoplight in fourth gear, you wouldn’t start a run too fast. Instead, you accelerate through the gears until you reach your cruising speed,” says Dreyer. Steady progress helps build confidence, so you can move without fear.

Moving with confidence requires balance. “But balance doesn’t always mean equal balance,” says Dreyer. “It means that when two complementary forces are interacting in relatively good measure, there is a state of balance and centredness.” In order to move in this way, Dreyer encourages runners not to run outside their centre, not to emphasize either their left or right side, and not to exert too much effort with the legs.

Running well means trusting your body and moving without worry. “When you cooperate with nature’s laws, you become powerful on all levels, including attitude,” says Dreyer.

Runners aren’t a different breed. And injury-free runners aren’t just born lucky. “We were designed to run,” says Dreyer. We just have to master that design.

Next week, we’ll look at four key Chi-Skills to hit the pavement with force and focus.