In part one of this series, fitness expert James Fell talks about helping one woman achieve an award-winning body 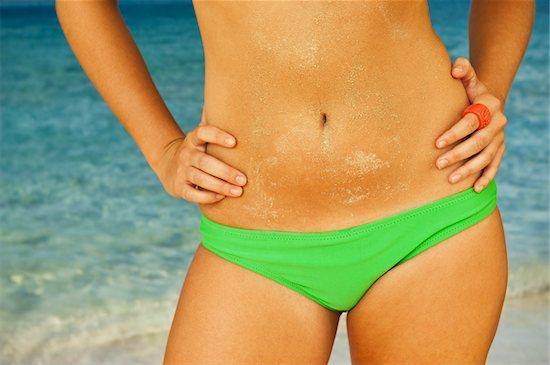 Patricia told me she was in a hurry. When it comes to getting in shape, I don’t do that.

Most times, I don’t do that.

I’m a staunch advocate of slow and steady wins the weight loss race, as I believe that the hare crashes and burns not far from the starting gate. However, Patricia is a special case.

Patricia Harris Seeley has directed a number of episodes of the award-winning documentary TV series X-Weighted, and she’s up for a best director Gemini Award on November 2 for the episode “Daniel.”

Patricia and I had met as a result of an article I wrote about X-Weighted, and she said she was feeling a little extra weighted herself, specifically in belly area, and wanted to trim down for the awards ceremony. She wanted to look her best when she put on that snug-fitting black dress.

I don’t like deadlines for fitness because it goes against my whole “Take time to learn how to love exercise, then worry about weight loss later” mentality. So, I asked her, “How long until the award night?”

No matter what you may read, you can’t lose nine pounds of belly fat in a week. Five weeks is “just barely getting started” time in my book.

“That’s not much time,” I said, but Patricia was determined and she was already in pretty decent shape – she worked out moderately two or three times a week – and she did have one heck of an extrinsic motivator in the awards ceremony.

She also had me. “All right; let’s do this thing.”

Patricia stands at 5 foot 2 and weighs 125, which puts her right in the middle of the “normal” BMI range. She really doesn’t need to lose weight for health reasons, but the belly bulge bothered her and she wanted to slim it down as much as possible and tone up her muscles at the same time so she could look her best for the ceremony.

Of course, we couldn’t target the belly fat; the body decides when and where it will lose weight (no matter what you might have heard about spot reduction), so all we could do was try to lose fat and hope it mostly came from her midsection.

Patricia told me about her diet and it was actually very good (which explains why she was in the normal BMI range). She hardly drinks and avoids junk food. Still, because time was the critical factor, I got her to start counting calories. She didn’t like that. Heck, I don’t like it, but this was quickie weight loss and calorie counting is breaking out the big guns. I did a complete metabolic profile on her to determine how many calories she burns in a day, then came up with a rigorous training program and caloric restriction plan to target about seven pounds of fat loss in five weeks.

I should note that a significantly overweight woman can quite easily lose that much weight in five weeks, but considering that Patricia was essentially targeting that “last seven pounds” – where getting any leaner would actually be a bad idea – it was going to be tough.

I would soon learn that Patricia was up to the challenge; the woman has a warrior spirit and wanted to kick some butt. Because she was already a moderate exerciser, she had a good enough base that we could step it up. Still, I was worried about injuries, so I planned to ease her in.

“Aerobic training is going to be a critical component,” I told her, “but you need to really mix it up to avoid stress or overuse injuries. I want you to bike, swim, run, take classes at the gym, take walks – just keep changing it up. Also, listen to your body. Being sore from exertion is fine, but sharp pain is bad.”

Patricia is a member at Westside Rec in Calgary, and they were kind enough to grant me – an outside trainer – special permission to train Patricia there.

Westside was where I got her into weightlifting like a man. Every woman should lift weights like a man. None of this light weights and high repetitions stuff. If you want real results, you need to lift heavy and hard.

Make sure you read the Part 2 of this article in the coming weeks to discover more about Patricia’s program and find out if she achieved her goals of getting an award-winning body and winning a Gemini Award.