Everything you need to know about multiple sclerosis

Canada has one of the world's highest rates of multiple sclerosis, with three new cases diagnosed each day. Even more concerning, women are three times more susceptible than men. Katherine Knox, director of the MS clinic at Saskatoon City Hospital, sheds some light on the condition 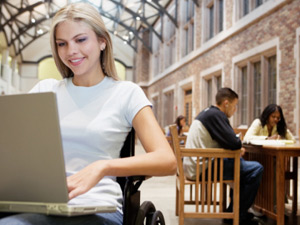 What is multiple sclerosis?
MS is a chronic, degenerative inflammatory disease that affects the brain, the spinal cord and the optic nerve. Those three things make up the central nervous system.

What are the symptoms?
The three most common symptoms are visual disturbances, sensory symptoms and weakness. Visual disturbances include pain, double vision and blurry or impaired eyesight. With sensory symptoms, a person can experience either numbness — if they were to put their hand on something hot, they wouldn’t be able to feel it was hot — or paresthesia, a tingling and burning sensation that’s sometimes painful. Weakness happens when the signals from your brain or spinal cord don’t reach your muscles: Your brain is trying to tell your arm to do a biceps curl, but your arm won’t do it. But often the symptoms that interfere most with people’s lives are fatigue, mood changes — including depression — and cognitive dysfunction. Then there are what I call other symptoms — bladder and bowel dysfunction, coordination and balance difficulties, speech or swallowing difficulties and muscle spasms.

That’s a broad range of symptoms.
Yes. Well, your nervous system controls everything.

What causes MS in the first place?
The current theory is inflammation in the brain, spinal cord or optic nerve, the result of the immune system attacking its own central nervous system. Inflammation damages myelin [the white, fatty substance that insulates nerves so they can function properly] and it forms scar tissue called sclerosis, hence the name multiple sclerosis, because you get multiple lesions [in the central nervous system]. Not only is the myelin damaged, but the nerve fibres and cells themselves are damaged.

Are there different kinds of MS?
There are four kinds: relapsing-remitting MS, primary- and secondary-progressive MS and progressive relapsing MS. About 85 percent of people have relapsing-remitting MS. When they first present, symptoms relapse and remit — they come on and then they get better, although sometimes they don’t quite get back to what I call their baseline [before the attack]. Primary-progressive MS affects a smaller group of people, usually around 10 percent. Those patients don’t have remissions. Their symptoms don’t seem to go away; they just progress over time. Sometimes, these patients will develop secondary-progressive MS, where the remissions become less apparent. Then there’s the progressive-relapsing group, probably less than 5 percent. These people have relapses, and in between the attacks their disability progresses.

Why such a great variability in the disease?
It’s part of the mystery that the course of the disease is variable. A person can go 25 years and not need a cane or wheelchair, whereas another person will need that kind of assistance within a very short period of time. Part of our research goal is to find out how to predict who is going to follow what course.

How do you treat it?
We have five drug therapies approved in Canada. Each drug modulates the immune system in some way to decrease the attack rates by at least a third. They suppress the immune response that’s causing inflammation in the central nervous system. The reason for taking the drugs is to prevent the next relapse, to prevent the immune system from becoming more active. There are also symptomatic management treatments. For example, we can use medications to decrease incontinence. For muscle spasms, we use muscle relaxants; for pain, a variety of pain medications.

Why are women three times more likely to get multiple sclerosis than men?
We don’t know. It’s possible that there are genetic, hormonal and environmental factors that might explain that. But we don’t have an answer.

At what age should women be most concerned?
The average age of onset for women is about 32, but MS can have an onset at any age. We diagnose it in people who are well over 50 and even in kids under five, although the risk of getting MS starts to decrease as you get past the highest at-risk age.

Why does Canada have one of the highest rates of MS in the world?
It has been proposed that vitamin D is one of the environmental factors that influences that. Laboratory research from the Canadian Collaborative Project on Genetic Susceptibility to MS showed that a lack of vitamin D seems to have an impact on the genetic material that may increase the risk of MS. We don’t understand the vitamin-D picture fully. But we do know that there are vitamin-D receptors on neurons and that it does influence the immune response, and MS has an immune component to it.

Environment and genes are given as risk factors for MS. What does this mean exactly?
Being female is a risk factor, as is living in certain geographical regions where there’s a higher prevalence of MS. With respect to genetics, we have identified specific genetic material that seems to affect the risk. These are genes that are involved in the regulation of the immune system, unsurprisingly. So if you’re of northern European descent and you carry this genetic material, your risk of getting MS is greater than someone of the same descent who doesn’t carry the gene. That also happens to be the piece of genetic material that may be influenced by the vitamin-D levels I was talking about earlier. It doesn’t mean that you’re going to get MS if you have the gene, but we know it increases the risk slightly. When we look at families, if you have an identical twin with MS, your risk of getting it is about 30 percent. That’s not very high, so that’s why we think it’s more than just genetics making people more or less susceptible. It’s probably a combination of genetics and some environmental factors that we haven’t determined.

Can vitamin-D supplements prevent MS?
We haven’t proven that vitamin-D supplementation would be preventive or would help with treatment. But there’s certainly some research that I think is exciting that helps us to better understand how genetics, vitamin D and maybe other factors in the environment influence MS risk.

Can you prevent MS?
No. Following a healthy diet and getting your vitamin D — your sunshine — is recommended. But if you get MS, it isn’t because of something you didn’t do.

What do you think about the new theory from Paolo Zamboni, the MD and Italian researcher? He suggests that MS isn’t an autoimmune disorder, as was thought, but is a vascular condition that can be treated by unblocking the vessels that lead to the brain.
We think it’s worth looking into, but it’s very preliminary data and there are a lot of shortcomings. The methods Zamboni used, which he even acknowledges in his papers, make it clear that more research is needed before we can say this theory is accurate. What the press release about his study didn’t say was that in one group, half of the patients’ blockages reoccurred eight or nine months after surgery. It’s not as simple as saying, “Oh, clear it out and it goes away forever.”

What new research are you most excited by?
I’m very excited about research exploring Zamboni’s theory. There’s also stem-cell research in Ottawa, funded by the Multiple Sclerosis Society of Canada, that’s looking at innovative ways to stimulate myelin repair. And I’m really interested in the potential of the Canadian Light Source in Saskatoon to help us better understand MS. Helen Nichol is using a synchrotron — a really powerful X-ray that can see the chemistry of brain tissue — to look at metals in the MS brain, which might help us understand more about the cause of MS. Also in Saskatoon, there’s research looking at genes that might control the formation of myelin. If we can turn on these genes that turn on myelin repair, maybe we can improve the odds for people with MS.