My story happened almost a decade ago. I was abruptly laid off from my magazine-writing job, part of a company-wide wave of layoffs. 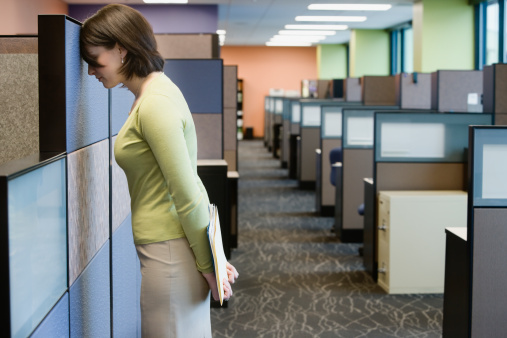 My story happened almost a decade ago. I was abruptly laid off from my magazine-writing job, part of a company-wide wave of layoffs.

It felt like an 18-wheeler ran me over. Stumbling out of the office, I bit back tears. When I got home, I sat on my bed for most of that fateful day, stunned and wondering … what just happened?  Why me? And what now?

Despite being offered a promising interview at another magazine at the company, I decided to set up shop as a freelance writer. It was something I’d dreamt of for a long time, even the very night before I lost my job. I lay in bed, stewing well into the night, wondering when I should set out to become what I’d so long wanted to be.

And so I did, and 10 years later I’ve never looked back. Today, I run a successful freelance writing business, earning more than I did as a staff writer, and have a quality of life I love. I work while my kids are at school, but I’m there to pick them up when the end-of-day bell trills. I can enjoy leisurely lunches or accommodate visiting relatives without much trouble. Sure, there are downsides. The line between work and home is incredibly unclear; I often work nights or on weekends.  And I had to pay for my own maternity leaves. But still, just becoming the writer I’d long planned to be makes for one happy life.

What I’ve experienced is not unusual, shows a study from the Journal of Neuroscience, Psychology and Economics. While we know job loss can be an extremely difficult experience, and that experts are concerned about the long-term affects on the mental health of those who’ve been affected by job loss, the study shows that people are generally resilient to job loss and can cope and become happy and satisfied with life once again. The study worked with 774 Germans who’d lost their jobs and asked them how satisfied they were with their lives after they lost their jobs. Sixty-nine per cent of respondents reported they weren’t as happy as they were before they lost their job, but their happiness levels bounced back to what they were almost a year later. Only about four per cent of those studied never regained prior levels of happiness.

Over the years, I’ve talk to a number of friends who’ve lost their jobs, trying my best to inspire them with my story of being much more satisfied in my job now than I ever was before. And I tell them what a good friend told me over coffee. “It’s not how far you fall — it’s how high you bounce back,” he counselled me. Maybe a bit hokey, but so, so true.

And now I’ve got a study to help them bounce back even higher.