Does going to church make you happy?

Right off the top I should note that this post is coming from a non-church goer. Well, a one-time church goer because my mom made me go when I was a teenager. 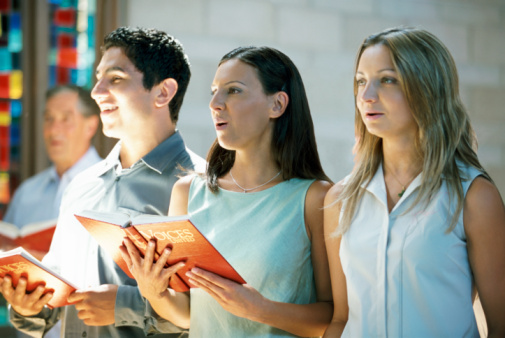 Right off the top I should note that this post is coming from a non-church goer. Well, a one-time church goer because my mom made me go when I was a teenager. These days, not so much. But in watching some friends and family in my life become heavily involved in their churches, attending church dinners, social nights and around this time of year, pageants, I see how satisfied some of them are with their church-going ways. But more than happiness, I see how socially connected some of them are—quite clearly church or other religious organizations give them a community to bond with.

So when I saw this study from the American Sociological Review examining whether church people are happier or not, well, this non-church goer just had to look into it. Does religion make people happier? While the study noted that religious people are happier, it’s not necessarily because of their beliefs in a higher power. To find out more, I talked with Chaeyoon Lim, one of the study’s researchers.

Q: So why are religious people happier?

A: Our key finding is that faith alone does not make you happier. It is only when you go to church, build strong friendship networks, and thus form a strong sense of belonging to community that religion enhances your happiness.

Q: Do the findings apply to all faiths?

A: The study is based on a large nationally representative sample of American adults (about 3100), which means that the sample reflects religious diversity in America. A majority of our respondents are in traditional Christian religions, especially Protestant and Catholic. But our sample does include various non-Christian groups such as Jewish, Muslim, and Buddhist. But the number of respondents from those groups is relatively small.

Q: Women tend to be more social creatures than men, so did you uncover any relevant gender differences in your study?

A: Indeed. It wasn’t reported in the paper because of space, but we did examine whether women are more likely to benefit from friendship in congregation than men, and the answer is yes. Both men and women benefit from having close friends in congregation, but the benefits seem to be more substantial for women than for men.

Q: So what if you’re not religious? Is there a way to replicate this happiness?

A: Well, what we find in our study is that even among the people with a same number of “close friends,” individuals who say that they have close friends in their congregations are more satisfied with their lives. So, friends are good for your life satisfaction, but having friends in congregation seems to be even better. But is it really about religion that makes it different, or is it just that you meet with this group of close friends regularly and participate in meaningful activities to you as a group and share a sense of social identity? In other words, can you get similar benefits for this life satisfaction from atheist friends? I think it’s plausible in principle, but we really don’t have data to test it at this point.