Do you really need that test? 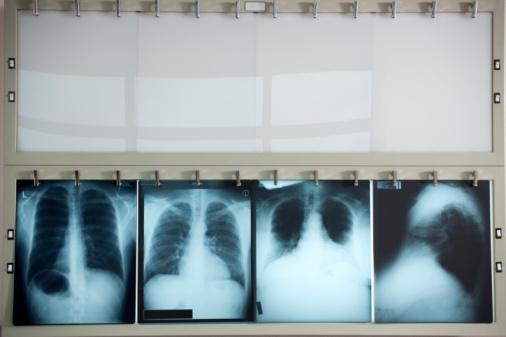 What is an empowered patient? When it comes to navigating the health-care maze, information is your greatest ally. Being informed means you’re empowered to make smart decisions and seek out the best possible care for your needs. By learning about other patients’ experiences, you’re one step closer to being in control of your health.

Teresa Leung* started having dizzy spells about a year and a half ago. The insurance contract analyst, then 34, experienced vertigo intermittently, but it was particularly bad in the morning when she was getting ready for work. Worried, she decided to visit her family doctor, thinking she’d be sent for blood work and told to take a few days off. Instead, her doctor ordered a CT (computed tomography) scan, which uses X-rays to produce detailed images of how things look inside the body. The popular tests have made news recently — and not for their ability to help with diagnoses. Rather, there’s been a lot of concern among medical professionals who want to see an end to the growing number of CT scans being ordered by doctors, because of their potentially dangerous side effects. Sure, CT scans can be invaluable in diagnosing a range of medical issues. They capture information in three dimensions, helping doctors see complex fractures, providing surgeons with important details before complicated procedures and making it easier to find small tumours. They’re also good at pinpointing other serious conditions such as an inflamed appendix and coronary heart disease. But an article in the July issue of the New England Journal of Medicine, “Is Computed Tomography Safe?” helped sound the alarm, suggesting that CT scans may deliver too much radiation. The test emits a dose of radiation equivalent to about 500 chest X-rays. And the dose can be much higher than necessary, because no one in North America regulates the protocol for the procedure, says Edward Lyons, O.C., president of the Canadian Association of Radiologists, in Winnipeg.

Despite the concern, diagnostic imaging tests, which also include MRIs (Magnetic Resonance Imaging), are on the rise. According to the Canadian Institute for Health Information, the number of CT scans performed per 1,000 increased by 28 percent between 2003 and 2007. MRIs, which use magnets and radio waves to look inside the body, increased by 43 percent during the same period. “We rely heavily on imaging,” says Lyons.

Julia Lee, a Brampton, Ont.-based family doctor and lecturer at the University of Toronto, says misconceptions and fear are partially responsible for the trend toward more testing. “Many patients are under the impression more tests mean better care,” says Lee. “But that’s not necessarily true. Ordering more tests does not make a patient better.” And if a patient becomes really aggressive, doctors may order a test not just to appease that patient, but to protect themselves. “There’s the worry: ‘What if I miss something?’ ” she says.

Lyons also believes many doctors prescribe tests that have already been conducted by other physicians, because they prefer having the tests done in their own facility. As well, “some of the overuse is due to the fact the clinician does not know the patient has undergone previous imaging or they did not receive the results of the previous tests,” he says. But this is beginning to change: One advantage of digital imaging is that results are much more easily accessible to different doctors in different facilities.

Besides the potentially negative side effects of some tests, the other problem is that more testing can lead to false positives: discoveries such as a benign cyst might look serious, but end up being nothing to worry about. (That’s why many doctors have stopped recommending breast self examinations.) And those wrong findings can lead to a lot of anxiety on the part of the patient,not to mention additional tests. “Patients don’t take that into consideration,” says Lee.

In the end, Leung never had the CT scan. Before the procedure she spoke to a friend, who warned her of the risks. “I had no idea there was so much radiation,” she says. She then asked her physician for an MRI instead, which doesn’t use radiation and has fewer side effects. He agreed and the results came back normal. They chalked her dizzy spells up to stress brought on by a new role at work. Leung’s experience highlights the fact that you have options. “Stressful stuff that’s going on in your life doesn’t always need a CT scan,” says Lee.

Testing: Here’s how to act if you’re not so sure you should be getting that exam

1. Keep track of your tests Create a document that lists all the tests you’ve had, when you had them and what they were for. This way you won’t have to rely on memory or repeat a test unnecessarily. If you can get your hands on the report, you can also keep your own medical files — another way of preventing your results from getting lost. If you’ve had a test recently and have been referred to a cardiologist for a consultation, make sure the test results will be ready before you arrive at the appointment to ensure the specialist has all the required information, says Lyons. That may mean following up a number of times with your doctor’s office, or checking in with the specialist’s secretary to ensure the files have arrived.

2. Change your mindset Recognize more testing isn’t necessarily better. For example, requesting a CT scan every year wouldn’t be a great idea. “That’s a lot of radiation,” says Lee, adding that scans can give patients a false sense of complacency, leading them to believe they don’t need to worry about their health.

3. Find out what your doctor really thinks When doctors know you want a test, they may be more inclined to order it, so give them the opportunity to recommend one before you demand it. On the other hand, if they request a test that you feel leery about, ask them why they’re ordering it and what the side effects are, says Lyons. Ask “Is this really necessary?” he says, and ensure you request specific information about the risks associated with each test.

4. Give your doctor a refresher Remind your doctor about any health conditions that may make a test dangerous or unpleasant. For example, if you’re being sent for an MRI that may require the injection of a contrast dye, mention any kidney problems, or a history of panic attacks caused by small spaces. Often, MRIs require that a patient lie in a tiny space, while the machine makes a very loud noise, for up to an hour. That can be very anxiety-inducing, says Lee. As for CT scans, if you’ve already had a large number of X-rays in the past, or previous CT scans, ask about alternatives.

Tests by the decade: Use this guide if you’re unsure about which common tests to get

Pap tests According to Health Canada, women should have a Pap test at age 18, or as soon as they become sexually active, as part of their routine health examination. A second test should be performed after one year, especially if screening began after age 20. If your first two tests show no abnormalities (and you’re not a smoker), you should be re-screened every three years up to age 69.

Physicals Women over age 20 who are generally healthy should go for a physical every two years; those with medical conditions should go annually.

Blood pressure Adult women should have their blood pressure measured at least every two years, according to the Heart and Stroke Foundation of Canada, to prevent heart disease and stroke.

Cholesterol Cholesterol testing is advisable, especially if you have a family history of heart disease. While the schedule is up to your doctor, it usually begins after age 50, unless you have other risk factors.

Colonoscopies The Canadian Cancer Society recommends that both men and women over 50 have a screening test at least every two years.

Bone-density tests All women over 65 should be tested for osteoporosis, according to Osteoporosis Canada. But if you’re in a high-risk group, consider the test sooner. This process involves a bone-mineral-density scan, which is also known as a dual energy X-ray absorptiometry (DXA) scan.

*name has been changed